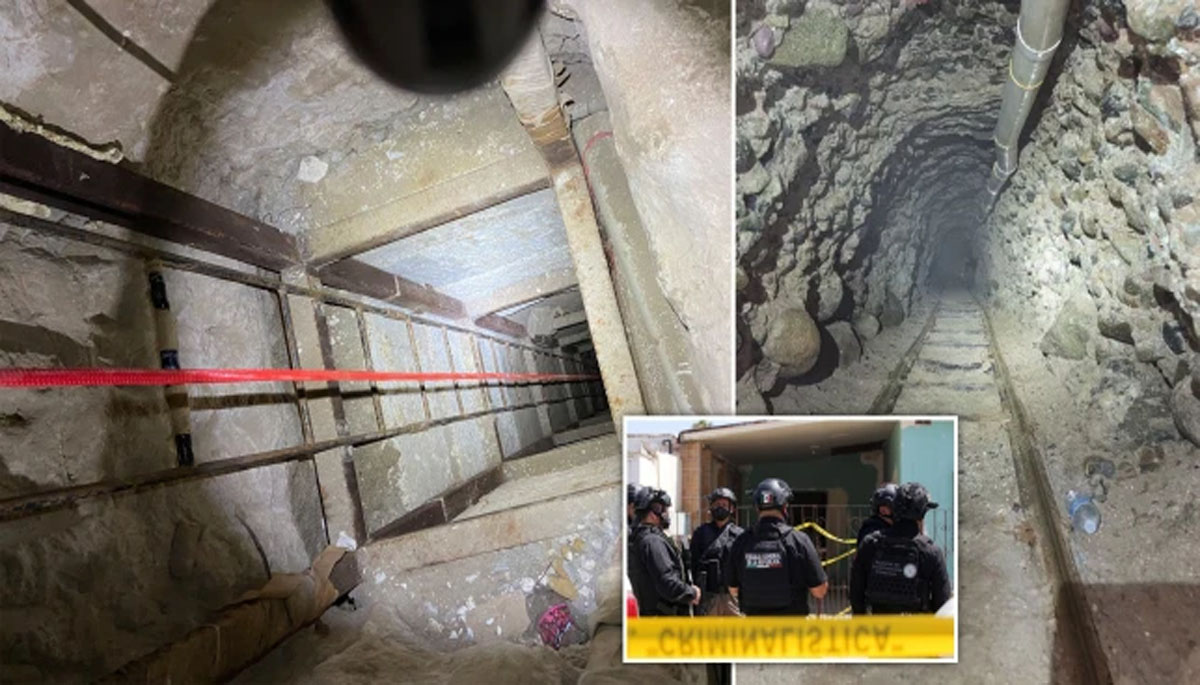 A secret underground drug-smuggling tunnel has been discovered linking California and Mexico. Following a surveillance operation, nearly two tonnes of cocaine with a street value of nearly $100 million was recovered. The structure was 1,774ft long – just two feet shorter than the height of New York’s Freedom tower and had a rail track, ventilation and electricity.

The tunnel, which reached depths of 61ft below the surface, started in Tijuana, Mexico, and ended in a warehouse the Otay Mesa district of San Diego. It was discovered by Homeland Security who were spying on a house known to be used by a criminal gang where 61lbs of cocaine had previously been stashed.

Agents followed Luz de Luna Olmos and Vanessa Ramirez from the home to a tool shop and then back and forth from the warehouse. They then stopped five cars after they left the warehouse and seized the 1,762lbs of drugs they were transporting. There was also 164lbs of methamphetamine and 3 1/2 lbs of heroin.

They were taken into custody along with Juan Cruz, Adrian Enriquez and Mario Jaramillo and were due to face court on Monday. US Attorney Randy Grossman said: ”There is no more light at the end of this narco-tunnel. ‘We will take down every subterranean smuggling route we find to keep illicit drugs from reaching our streets and destroying our families and communities.’

At least 90 drug tunnels have been discovered in the southern district of California since 1993, with the last one busted in March 2020.