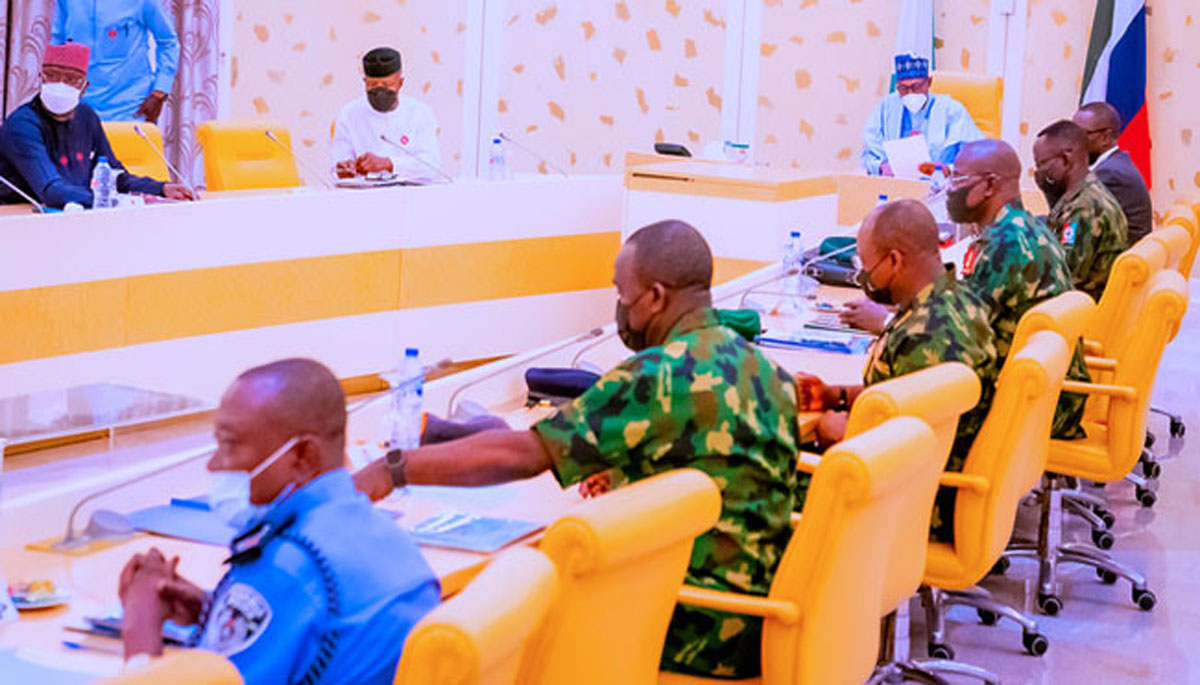 President Buhari and security officials during meetin in Abuja

This was the outcome of the meeting presided over by President Muhammadu Buhari at the State House in Abuja.

Addressing state house correspondents after the meeting chaired by the President, the Attorney General of the Federation and Minister of Justice, Abubakar Malami stated that investigations are still ongoing especially to establish the correlation between mining and motorcycles which they suspect provide funding for the supply of arms to the terrorists.

Malami who noted that terrorists had moved from the conventional ways of funding their activities to mining and ransom taking, disclosed the government was not unaware of the economic consequences of the proposed resolutions, particularly the motorcycle ban but it has become imperative in order to guarantee the nation’s security.

Terrorist groups, in particular in Nigeria, are increasingly interested in controlling areas of production of gold The opportunistic nature of these activities ties strongly to the fact that gold is often the favoured mineral of the terrorist groups as many of these groups use this to secure a source of funding for future operations.