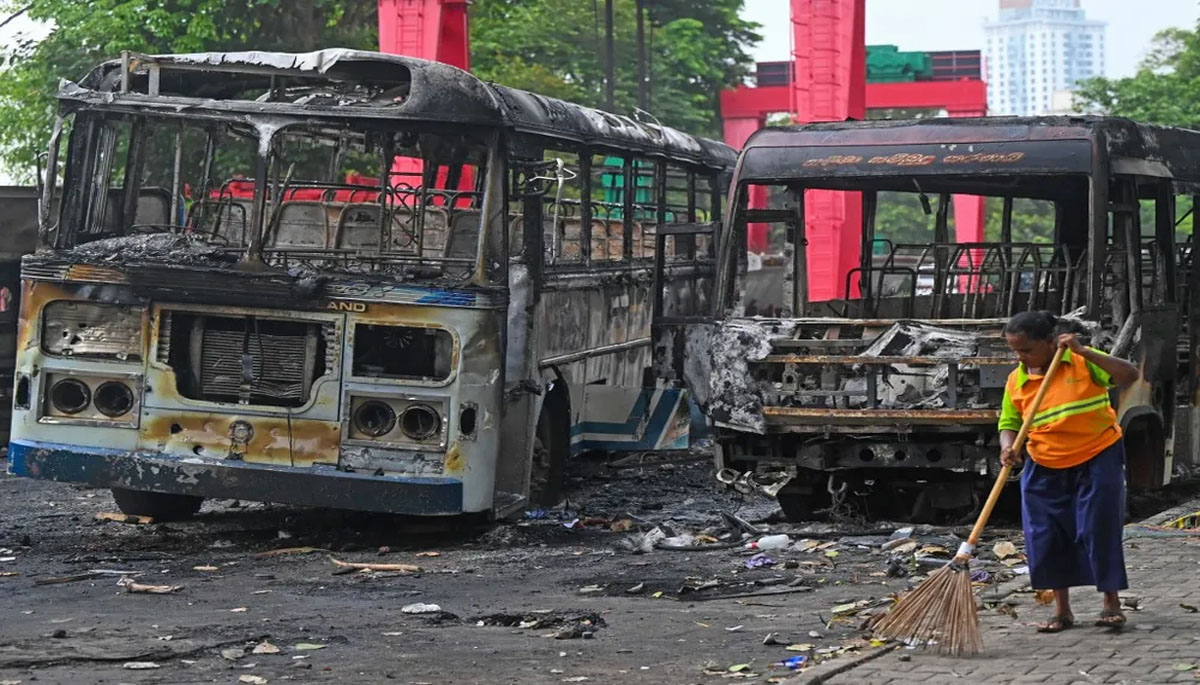 Sri Lankan authorities issued shoot-on-sight orders on Tuesday to quell further unrest that has seen buildings and vehicles set ablaze a day after the island was rocked by deadly violence and rioting. With thousands of security forces enforcing a curfew, the defense ministry said troops “have been ordered to shoot on sight anyone looting public property or causing harm to life.”

On Monday, government supporters attacked with sticks and clubs demonstrators in Colombo protesting peacefully for weeks over a dire economic crisis and demanding President Gotabaya Rajapaksa’s resignation. Mobs then retaliated across the country late into the night, torching dozens of homes of ruling-party politicians and trying to storm the prime minister’s official residence in the capital. Police said Tuesday eight people had died.

Protests continued on Tuesday despite the curfew, with some people defying the shoot-on-sight order to torch buildings and vehicles. Police shot into the air at two locations to disperse mobs trying to burn vehicles. Earlier, a crowd had attacked and set fire to a vehicle carrying Colombo’s most senior policeman.

Officers fired warning shots and sent in reinforcements to rescue Senior Deputy Inspector-General Deshabandu Tennakoon, who was rushed to hospital but later released. In another sign of deteriorating security, vigilante groups blocked the main road to Colombo airport to check for any Rajapaksa loyalists trying to leave the island, witnesses said.

As well as those killed, more than 225 people were injured on Monday, which also saw the resignation of prime minister Mahinda Rajapaksa. His departure, however, failed to quell public anger, with his brother still president and wielding widespread powers including command over security forces. Mahinda had to be rescued in a pre-dawn military operation after thousands of angry protesters stormed his official residence overnight and lobbed petrol bombs.