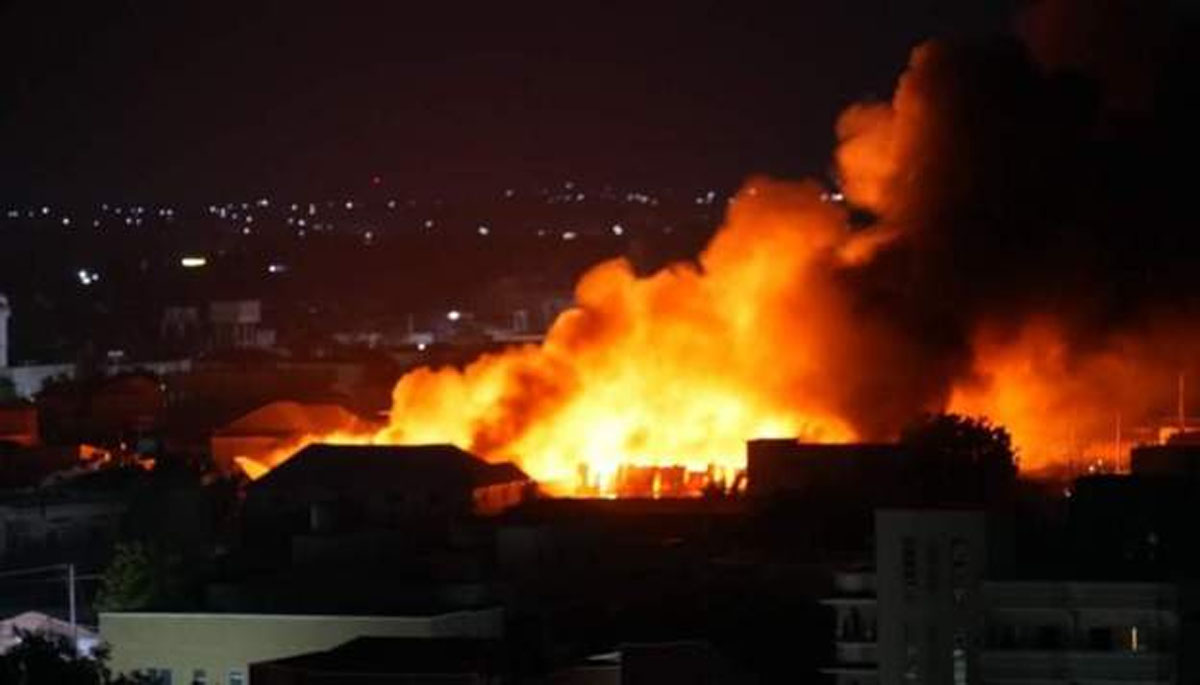 Firefighters in Somalia’s capital, Mogadishu, battled for about six hours to put out a fire that engulfed a market in the city overnight.

Banadir Market is one of the biggest shopping areas in the city centre and is close to the mayor’s office. The fire started in the early hours of Thursday evening and was not extinguished until after midnight. No-one was killed in the blaze, believed to have been caused by an electrical fault.

Prime Minister Mohamed Hussein Roble expressed his sympathy on Facebook to the traders who have lost their property, and posted photos from the scene: