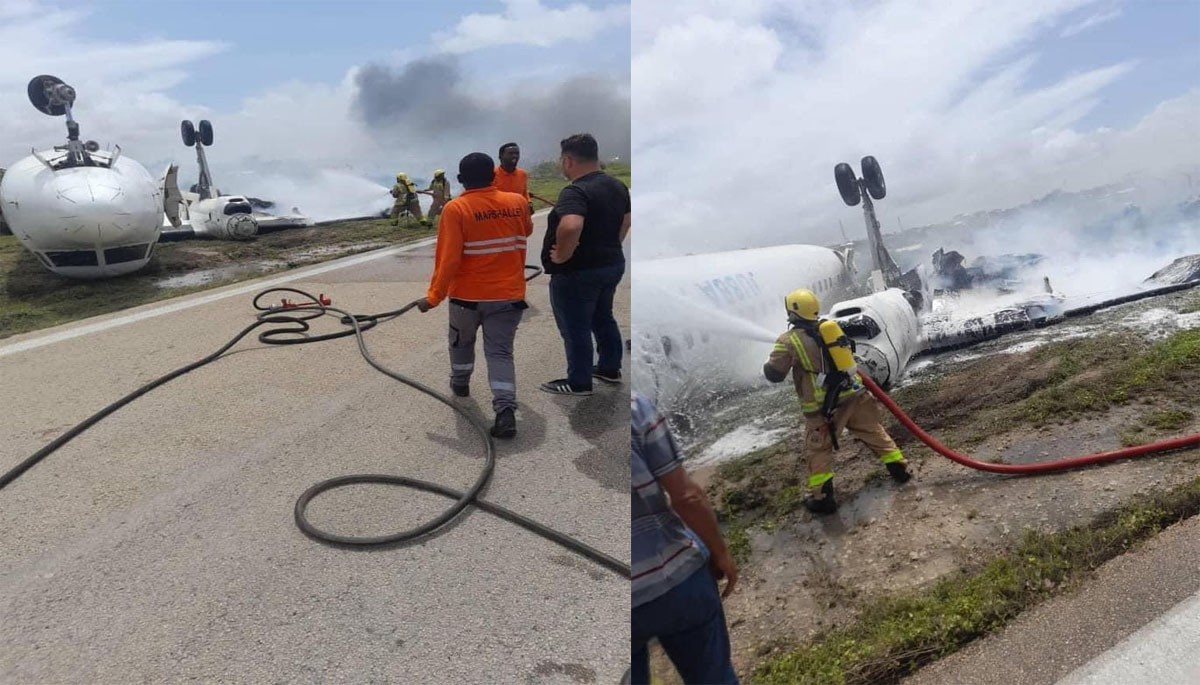 Passengers on a propeller plane were left scrambling to safety after the aircraft attempted a crash-landing then flipped upside-down at Aden Adde International Airport in Mogadishu, Somalia.

Thirty passengers were able to escape from the Jubba Airways Fokker 50 before it burst into flames. Thick black smoke could be seen billowing across the runway as emergency services arrived to extinguish the blaze.

The Fokker 50 is a 1980s era, twin-engined passenger plane made by the Dutch company of the same name. The company stopped manufacturing the aircraft in 1997 after encountering financial difficulties.

According to aviation website Planespotters.net, Jubba Airways operated two Fokker 50s, which were both purchased more than three decades ago.

Airport authorities said passengers and crew successfully disembarked the plane, which was arriving on a domestic flight from the inland city of Baidoa. There was no immediate report of any injuries or reasons given for the cause of the crash.