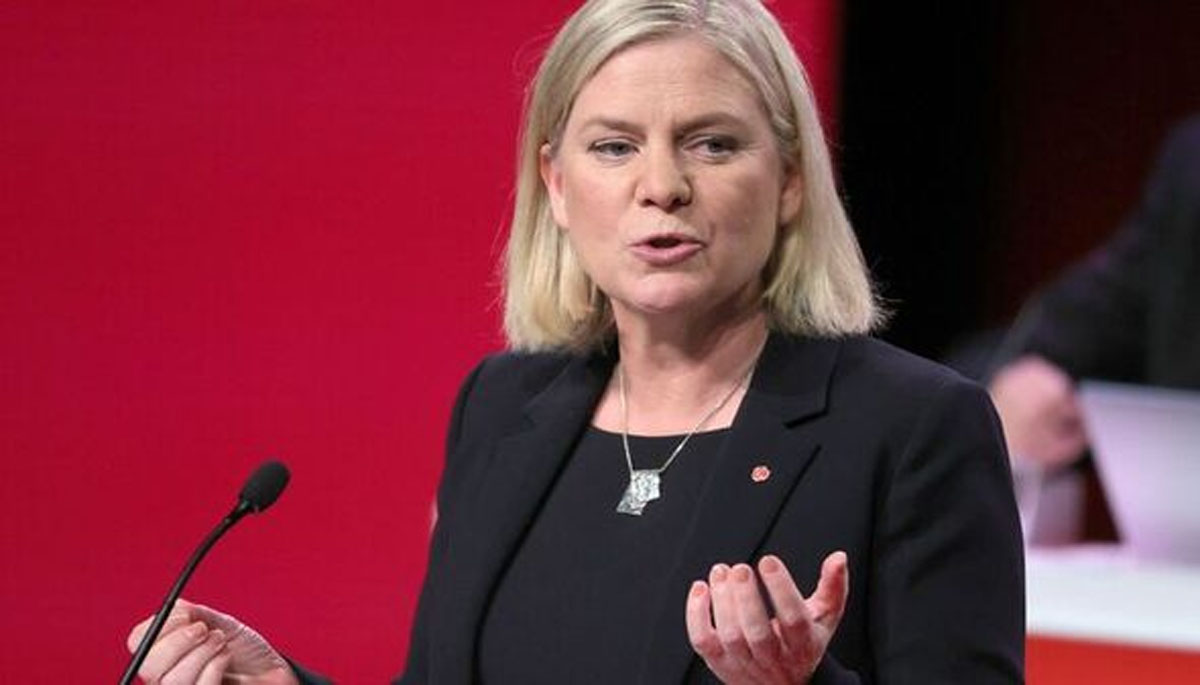 Sweden has officially confirmed plans to join Nato, despite increasing threats from Russia. At a meeting yesterday, the country’s governing Social Democrats party decided to apply for membership.

Sweden’s prime minister Magdalena Andersson acknowledged the risks involved, and added any retaliation will be ‘up to Russia and president Putin’. In a news conference last night, she said: ‘The decision we have taken as a party is what we think is best for Sweden and for Sweden’s security.

‘It’s not something against Russia, but it is what we think is best for us. ‘What kind of retaliation will there be? That’s up to Russia and president Putin. But we think there could be the possibility of cyber attacks or hybrid attacks and other measures.

‘But that’s all up to them.’ Sweden is following in the footsteps of Finland, which announced their commitment to Nato yesterday, in standing up to increased threats from Russia. The Kremlin previously said the potential moves to join were ‘definitely’ a threat which would be met with ‘retaliatory steps’.

Sweden was neutral in the Second World War and, like neighbouring Finland, chose not to join Nato in the years which followed. But public opinion has hugely swayed since Russia invaded Ukraine in February. Support for Nato membership doubled to almost 50% in Sweden and 60% in Finland.

The Social Democrat party met last week to carry out debates on whether to join the military alliance, a move they opposed prior to the war in Ukraine. They decided to enter their membership bid, but with reservations on the deployment of nuclear weapons and foreign bases on Swedish soil.

However, there was a small protest outside the Swedish Parliament in Stockholm today, as some urged politicians not to make the move to join Nato. Both Finland and Sweden have downplayed fears that Turkey could hamper any bids to join Nato. On Friday, President Recep Tayyip Erdoğan said he could not take a ‘positive view’ of the alliance’s potential expansion.

Countries have already rallied to make promises to protect Sweden and Finland, if Russia ever did invade in retaliation. And Nato’s secretary general, Jens Stoltenberg, has said both countries would be ‘welcomed with open arms.’