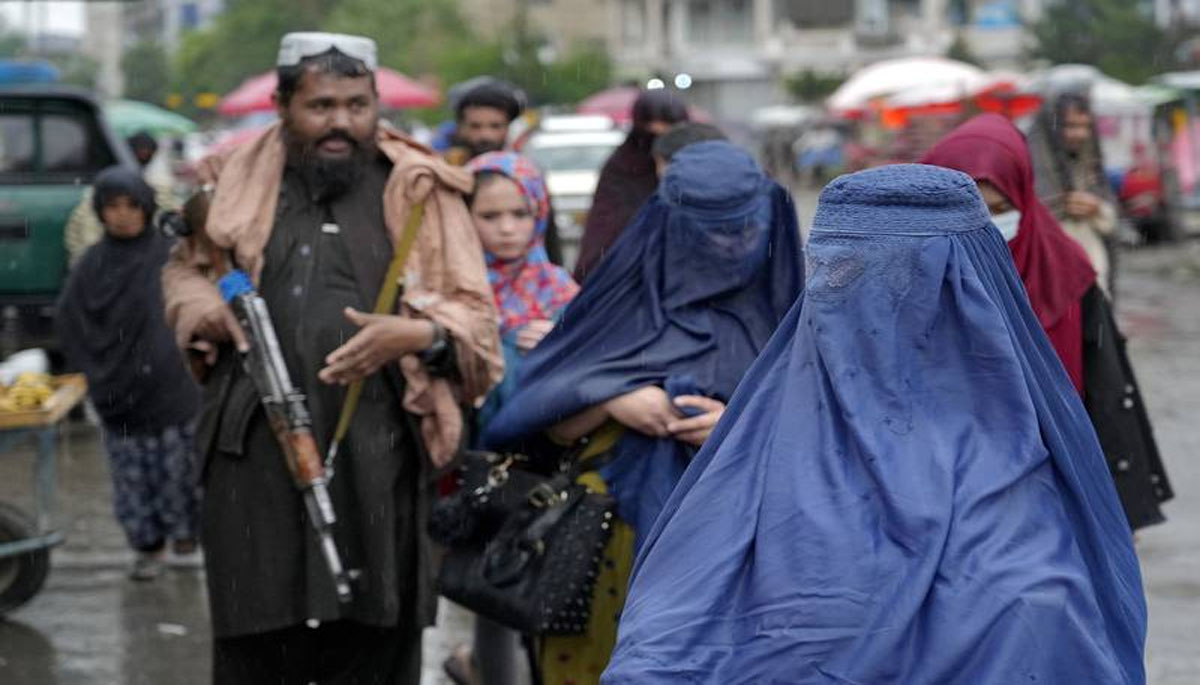 Afghanistan’s Taliban rulers have ordered women to cover their faces in public, the latest in an increasing number of restrictions that have prompted a backlash from the international community and many Afghans. A spokesman for the Taliban’s Ministry for the Propagation of Virtue and the Prevention of Vice read out a decree from the group’s supreme leader, Hibatullah Akhundzada, at a press conference in Kabul on Saturday.

“Those women who are not too old or young must cover their face, except the eyes, as per Sharia directives, in order to avoid provocation when meeting men who are not mahram [close male adult relatives],” the decree read. It added that if women had no important work outside it was “better they stay at home”. The father or closest male relative of women who failed to comply would face prison or dismissal from government jobs, the spokesman said.

The Taliban imposed similar restrictions on women during their first regime between 1996 and 2001. After seizing power again in August last year, the group has faced intense criticism for restricting women’s rights. This has been led by western governments but also by some religious scholars and Islamic countries

The US and other countries have cut development aid and introduced strict sanctions on Afghanistan’s banking system, pushing the country towards economic ruin. The Taliban claimed to have changed since they last ruled, when the militants banned girls’ education or women leaving the house without a male relative. Women were required to cover their faces.

However, in recent months the hardliners have forbidden women from travelling without a male chaperone and banned men and women from visiting parks at the same time. In March, the militants shut girls’ high schools on the morning they were due to open, reneging on earlier promises. The move prompted the US to cancel planned meetings on easing the country’s financial crisis.