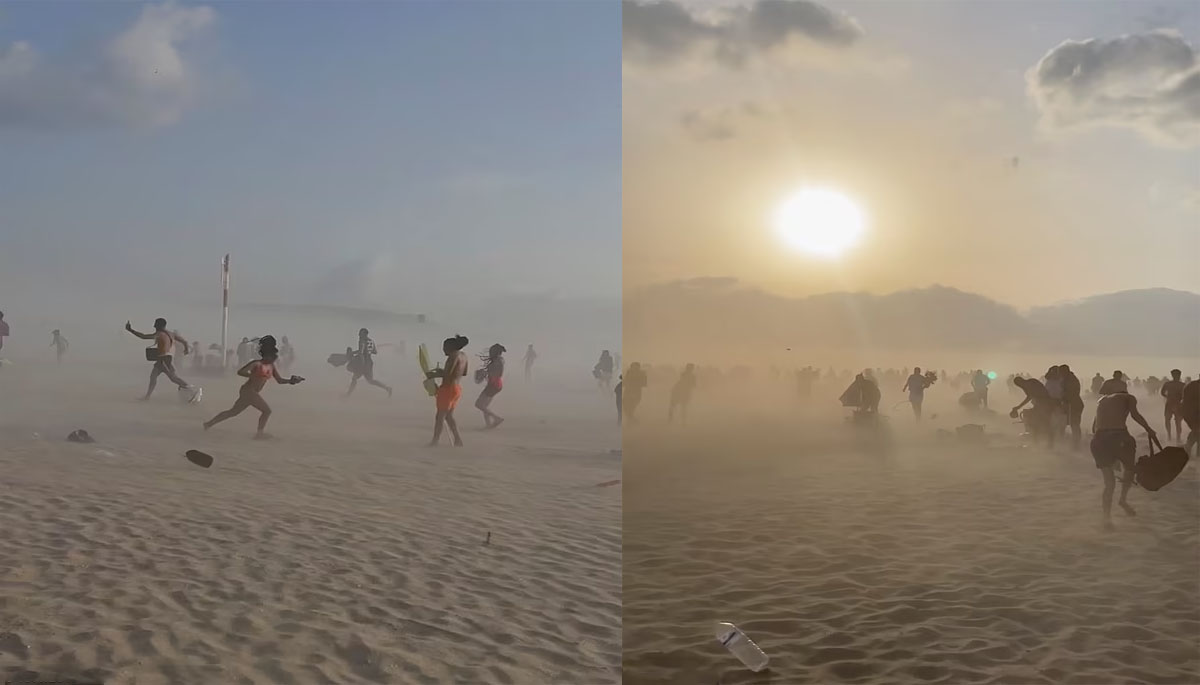 A thirty-one-year-old kite surfer died Saturday night in Villers-sur-Mer along the Normandy coast in France when he was thrown against the window of a restaurant by a sudden gust of wind.

The strong gales hospitalised five people along with the kite surfer who died upon impact of the building on the seafront. On the Normandy coast, a massive blast of cold air from the English Channel led to three additional light injuries on June 18. Another person, reported missing at sea, was later found.

French media described the wind as a ‘mini tornado’, adding that meteorologists had not predicted the winds to be so strong. Footage shows strong winds kicking up clouds of sand and forcing beach attendants to fold up towels and umbrellas. Chairs and tables on terraces or in gardens were thrown as the sand whirled.

Thierry Granturco, the mayor of Villers-sur-Mer, called the winds a ‘violence as we have never known on our coast’. The winds lasted 20-25 minutes on the Côte Fleurie (Flowery Coast) between Ouistreham and Deauville. This unexpected weather phenomenon and not announced by Météo-France, the organisation which monitors weather events.

‘It blew more and more violently and it ended with a mini tornado,’ said Granturco on Sunday, speaking to franceinfo. ‘We had a communication with Météo France who had informed us that they had not been able to anticipate this kind of mini tornado.’

He added: ‘We knew we were going to have strong winds, they were announced at the very end of the evening, or even in the night, but we did not think that they would be of this violence.’