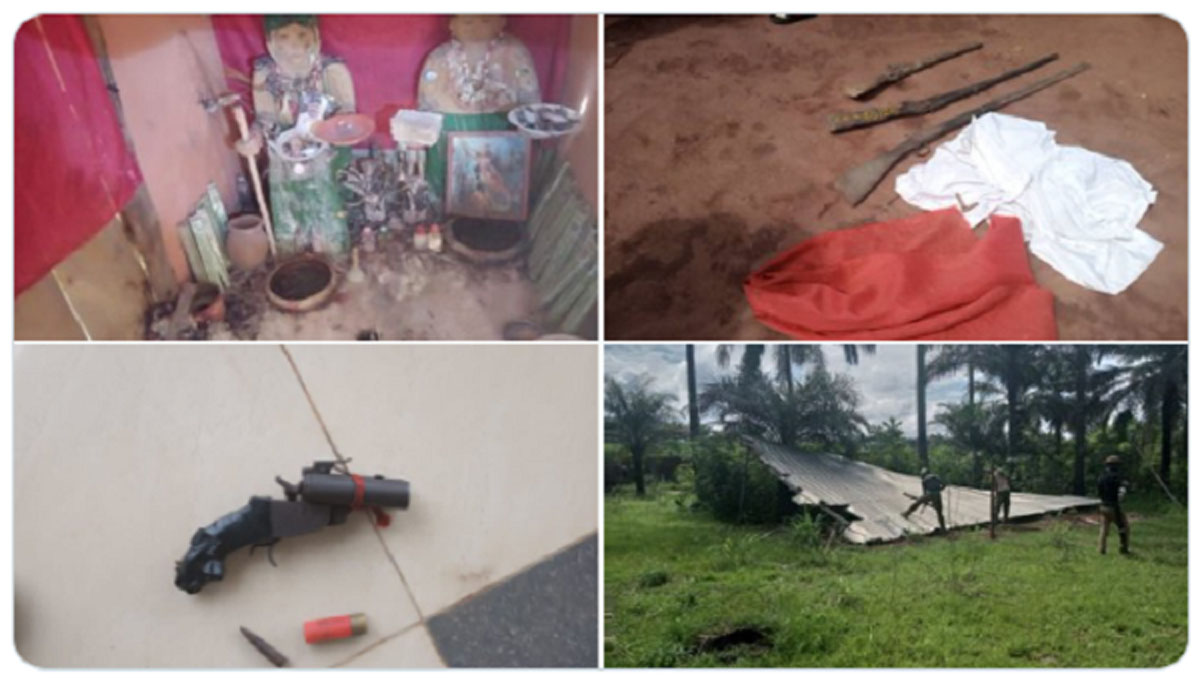 Two members of the group were neutralised in the operation carried out by the Nigerian Army troops of 34 Brigade, in conjunction with operatives of the Department of State Service (DSS) . Army spokesperson, Brig.-Gen. Onyema Nwachukwu, in a statement on Saturday, said the training camp belongs to the proscribed Indigenous People of Biafra (IPOB) and its armed wing, Eastern Security Network (ESN).

Nwachukwu said the troops neutralised two notorious members of the group, who have been on the wanted list of security agencies during the gun battle at the camp on Friday. He said the two wanted members of the dissident group had been terrorising the residents in the general area of Orlu, Orsu and Njaba.

He said the troops also destroyed the training shed and other facilities used by the separatists, including a shrine, used by the members of the outlawed group for spiritual fortification. According to him, a local factory for fabrication of weapons was also discovered and destroyed.

A search of the factory uncovered three dane guns, one locally fabricated pistol, one live round of 7.62mm, one live cartridge, two used shells of 7.62mm (special) and objects suspected to be charms, among other dangerous weapons,” he said.