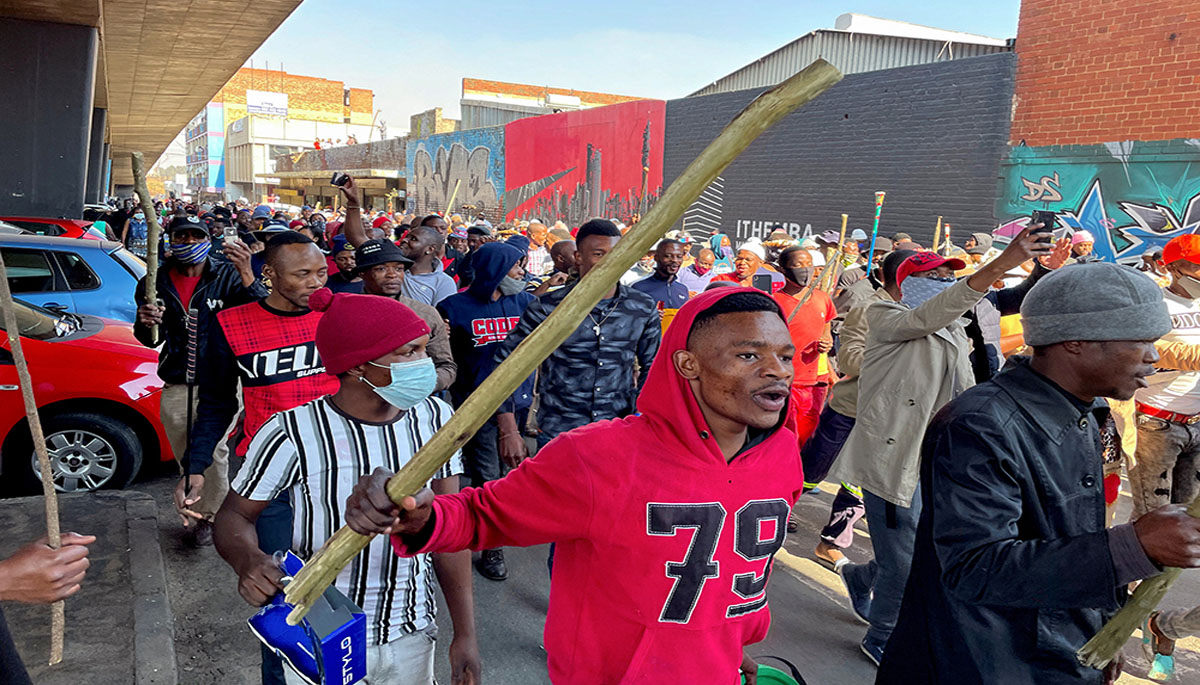 Residents angry at the high cost of basic services barricaded roads with burning tyres and set ablaze a municipal building in Thembisa township northeast of the financial hub Johannesburg.

There were “two fatal injuries” linked to “the protest action that occurred during the early hours of this morning”, local municipal police spokeswoman Kelebogile Thepa confirmed. “It’s alleged they have been shot,” she said

A spokeswoman for the Independent Police Investigative Directorate watchdog earlier told our correspondent that it had recorded a case of shooting “by a member of the police”. Investigations are underway.

Protests over poor services occur regularly in South Africa, which is battling some of the highest unemployment and crime rates in the world.

The latest bout of protests came after former president Thabo Mbeki warned the country could see an uprising similar to the Arab Spring, triggered by mounting discontent.

Mbeki last month accused his successor Cyril Ramaphosa of failing to deliver on his promises to tackle widespread poverty, inequality, and unemployment, which stands at over 34.5 percent, with youth joblessness at nearly 64 percent.

A year ago South Africa saw an outbreak of the worst violence the country has experienced since the end of the apartheid era three decades ago. The large-scale rioting and looting left more than 350 dead.