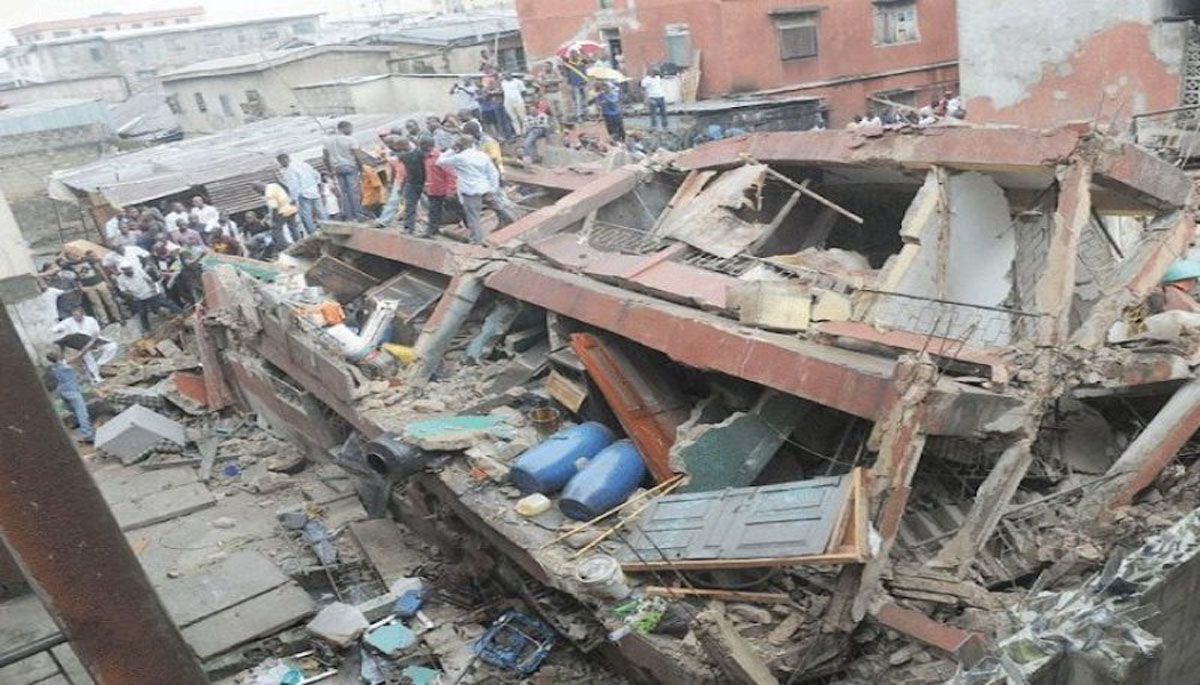 According to the Lagos State Emergency Management Agency, an unconfirmed number of people were still trapped under the rubble. “The Agency responded to the above incident which was already in violation of building safety protocols,” a statement signed by LASEMA’s Director-General, Dr Olufemi Oke-Osanyintolu, said.

“It was discovered that the building had been captured by the LASBCA District Office and served with all Statutory Notices, Sealed at District and Central Enforcement Level. “Further investigation determined that the developer had continued clandestine operations mostly at night and at the weekends.

“An unconfirmed number of people are still trapped inside the building. Two people have been rescued alive while another was recovered dead. Search and Rescue operations ongoing. Further updates to follow.” Building collapse is not uncommon in Lagos due to lax regulatory oversight and sharp practices by developers.

Earlier this month, no fewer than 10 persons were confirmed dead after a three-storey building collapsed in the Ebute Metta area of the State.