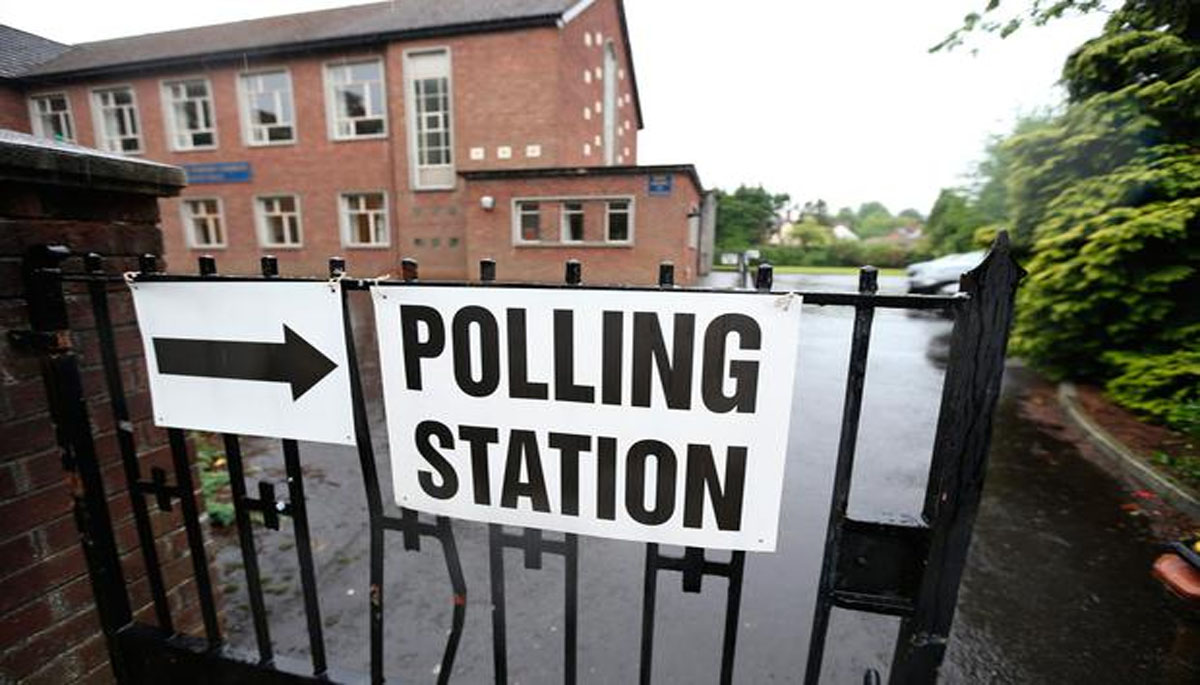 Polls opened across the UK on Thursday in local and regional elections that could prove historic in Northern Ireland and heap further pressure on embattled Prime Minister Boris Johnson. The contest for the devolved assembly in Belfast could see a pro-Irish nationalist party win for the first time in the troubled history of the British province.

The results, which are expected from Friday, could have huge constitutional implications for the four-nation UK’s future, with predicted victors Sinn Fein committed to a vote in the province on reunification with Ireland.

Local and regional elections were being held across the UK on Thursday that could prove historic in Northern Ireland and heap further pressure on embattled Prime Minister Boris Johnson. The contest for the devolved assembly in Belfast could see a pro-Irish nationalist party win for the first time in the troubled history of the British province.

The results, expected from Friday, could have huge constitutional implications for the four-nation UK’s future, with predicted victors Sinn Fein committed to a vote on reunification with Ireland.
Voters are electing councils in Scotland, Wales and much of England, with Johnson facing a potentially pivotal mid-term popularity test.

Poor results could reignite simmering discontent within his ruling Conservatives about his leadership, after a string of recent scandals.

Jeopardy
The prime minister voted in central London with his dog Dilyn, while the main UK opposition Labour leader Keir Starmer cast his ballot in the north of the capital with his wife, Victoria. Johnson, 57, won a landslide 2019 general election victory by vowing to take the UK out of the European Union, and reverse rampant regional inequality.

Despite making good on his Brexit pledge, the pandemic largely stalled his domestic plans. But his position has been put in jeopardy because of anger at lockdown-breaking parties at his Downing Street office and the steeply rising cost of living.

Heavy losses could revive calls among Tory MPs to trigger an internal contest to oust Johnson as party leader and from power. The polls, which opened at 0600 GMT and close at 2100 GMT, should also point to whether Labour poses a serious threat, as it tries to make inroads across England despite defending the many gains it made at the last local elections in 2018.

Labour is bidding to leapfrog the Conservatives into second place in Scotland, behind the pro-independence Scottish National Party (SNP), and remain the largest party in Wales, where 16 and 17-year-olds are eligible to vote for the first time.

‘Sea change’The contest for Northern Ireland’s power-sharing assembly is set to capture attention, after numerous polls put Sinn Fein ahead. A University of Liverpool poll reported Tuesday it remained on target to win comfortably with over a quarter of the vote.

The pro-UK Democratic Unionist Party (DUP) and cross-community Alliance Party were tied for second. Deirdre Heenan, professor of social policy at Ulster University, said there was a feeling the election “really is momentous”.

“It will be a sea change if a nationalist becomes first minister,” she told AFP. Sinn Fein — the IRA’s former political wing — has dialled down its calls for Irish unity during campaigning, saying it is “not fixated” on a date for a sovereignty poll, instead focusing on the rising cost of living and other local issues.

Party vice president Michelle O’Neill has insisted voters are “looking towards the future” with pragmatism rather than the dogmatism that has long been the hallmark of Northern Irish politics. “They’re very much looking towards those of us that can work together versus those that don’t want to work together,” she said. — AFP