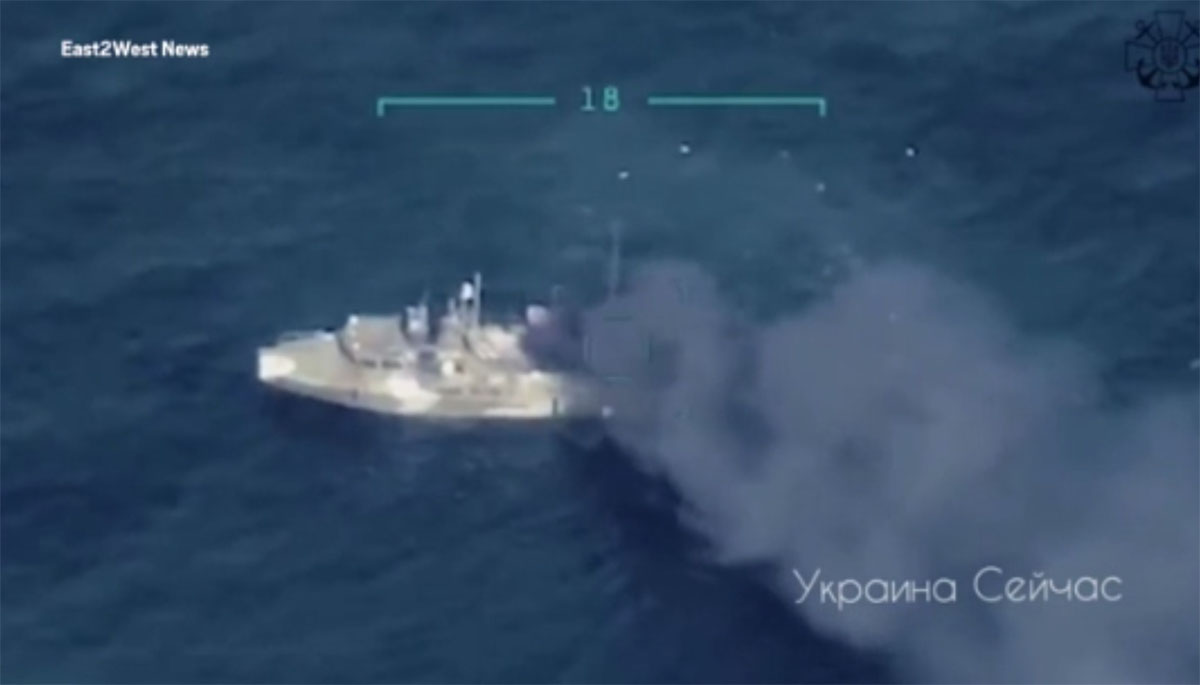 Ukraine says it may have destroyed a special boat used by Vladimir Putin to inspect his naval fleets. Dramatic footage from Sunday shows a white-coloured Raptor-class patrol vessel hit by a laser-guided bomb. It was dropped from a Bayraktar TB2 drone near Snake Island, in the Black Sea – where a border guard was filmed saying ‘Go f**k yourself’ to the Moskva warship before it was sunk by Ukrainian missiles.

Putin has used such a boat with the 001 designation for fleet inspections in Sevastopol and St Petersburg. The Russian president is believed to have started the war with eight of these patrol vessels, but may be down to three as his armed forces take heavy losses.

The Ukraine Now Telegram channel reported: ‘We received information that one of the destroyed boats of the Raptor type in the Snake Island area was Putin’s parade boat.’ It said the Kremlin leader’s vessel is distinguished by its white coloured hull and the tail number 001.

Raptors typically have a camouflage pattern rather than white – as shown by a second clip showing another Ukrainian strike on one of these boats. Ukraine also claims to have destroyed a helicopter loaded with paratroopers over Snake Island.

The 100 acre outpost is seen as strategic because of its location to whichever country controls it, allowing them to claim a slice of the western Black Sea. Almost one month after the sinking of the Moskva in these waters, Moscow has not disclosed the true death toll from the warship.