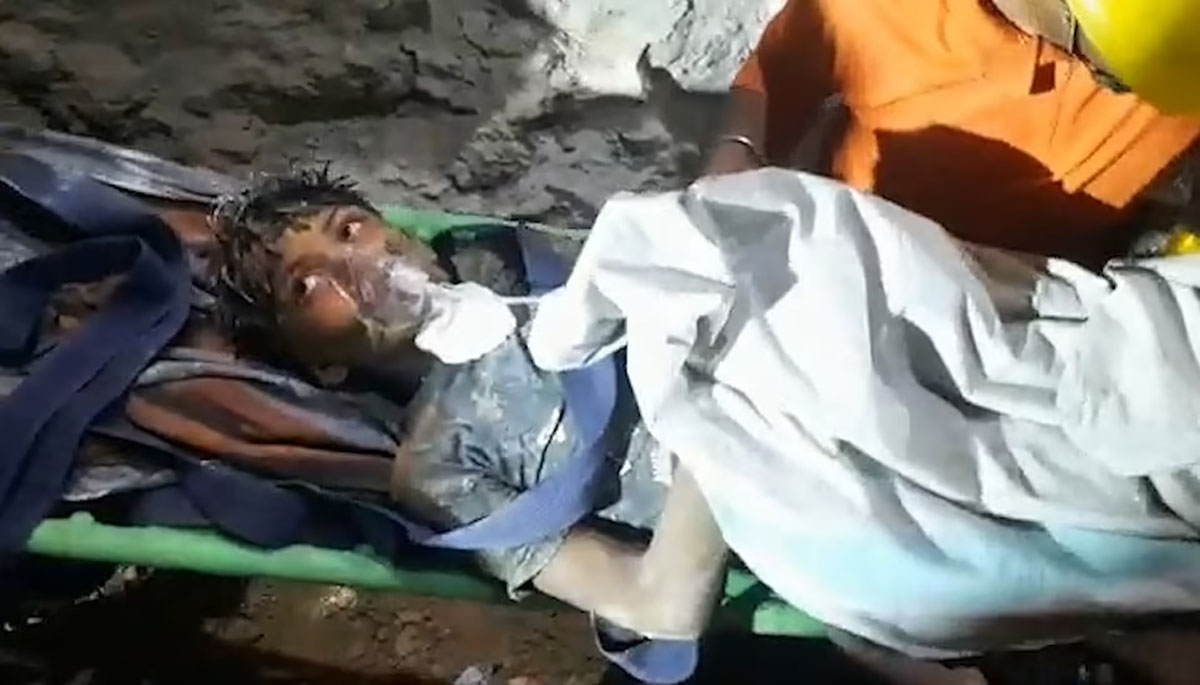 A 10-year-old deaf and mute boy who was stuck down an 80ft well in India with a snake and a frog for four days has been found alive. Rahul Sahu fell down the waterhole on Friday while playing in the backyard of his house in the central state of Chhattisgarh.

The tragedy sparked a massive rescue operation of over 500 people, including army, police and disaster relief officials, who were plagued by bad weather, venomous snakes and scorpions. But they succeeded in digging a 15-feet tunnel with earth movers and cranes to connect the pit with the borewell and rescue the boy on Tuesday night after 104 hours.

He is currently in hospital in intensive care but is ‘stable’ and expected to recover soon, local media reported. Announcing the news of Sahu’s recue, Chief Minister of Chhattisgarh Bhupesh Baghel paid tribute to the ‘brave’ 10-year-old who he said was found with a snake and a frog.

And Mr Baghel added: ‘We all wish to return completely from the hospital soon. Congratulations and thanks again to all the team involved in this operation.’ Rahul was taken to Bilaspur Apollo Hospital where he is intensive care under the supervision of a team of specialist doctors, local media reported.

In another post he also wrote: ‘Understandably, the challenge was huge. But our team stands calm in the face of adversity. If the path is tricky, our will is strong. ‘With blessings and dedicated efforts of the rescue team, Rahul Sahu has been brought out. We hope and pray he gets better soon.’