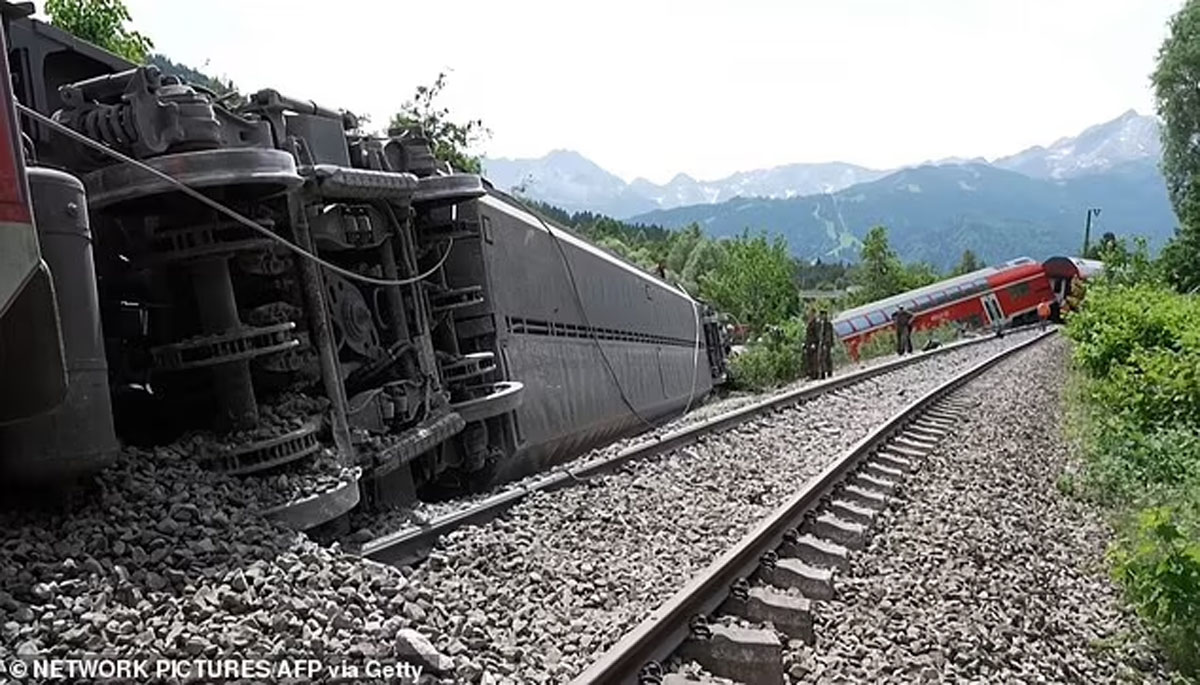 Two of the estimated five people who were killed after a train derailed in the German Alps last week are thought to be Ukrainian refugees who were fleeing to Germany. On Friday 3 June, a regional train holding around 140 passengers was heading north from Garmisch-Partenkirchen, in the Alps, to Munich, which was to arrive at Munich Central Station at 1.26pm but never arrived.

It is not yet clear exactly what caused the fatal crash to happen last week, but initial assumptions by police suggest that damage to the train track could have been the cause. There was no second train or other vehicle involved. Six rescue helicopters scrambled to the scene in addition to dozens of ambulances, fire engines, cranes, and other rescue vehicles.

The line between Garmisch-Partenkirchen and Oberau, north of the accident site, was closed while the rescue was carried out. Pictures on social media showed carriages of a double-decker regional train stuck between tree branches and rolled down an embankment, as well as people being carried away on stretchers and standing around on the tracks.

A major emergency services operation was under way, police said, and the rail line was completely closed off. Regional trains have seen higher passenger numbers since June 1, when a ticket allowing Germany-wide travel came into effect.

Popular mountain resort Garmisch-Partenkirchen and its surrounding regions are gearing up to host the G7 summit of world leaders later this month. From June 26-28, the heads of state and government including US President Joe Biden are due to meet at Schloss Elmau – about 11 kilometres (seven miles) from Garmisch-Partenkirchen.

Police and soldiers who had been deployed to prepare and secure the site ahead of the summit were diverted to help in the rescue operation on Friday and over the weekend. Three helicopters from Austria’s Tyrol region were directed to the scene to provide first aid, according to media reports.

The most recent fatal crash took place on February 14, 2022, when one person was killed and 14 others injured in a collision between two local trains near Munich. In 2017, a collision between a passenger train and a stationary freight train near the western city of Duesseldorf injured 41 people.