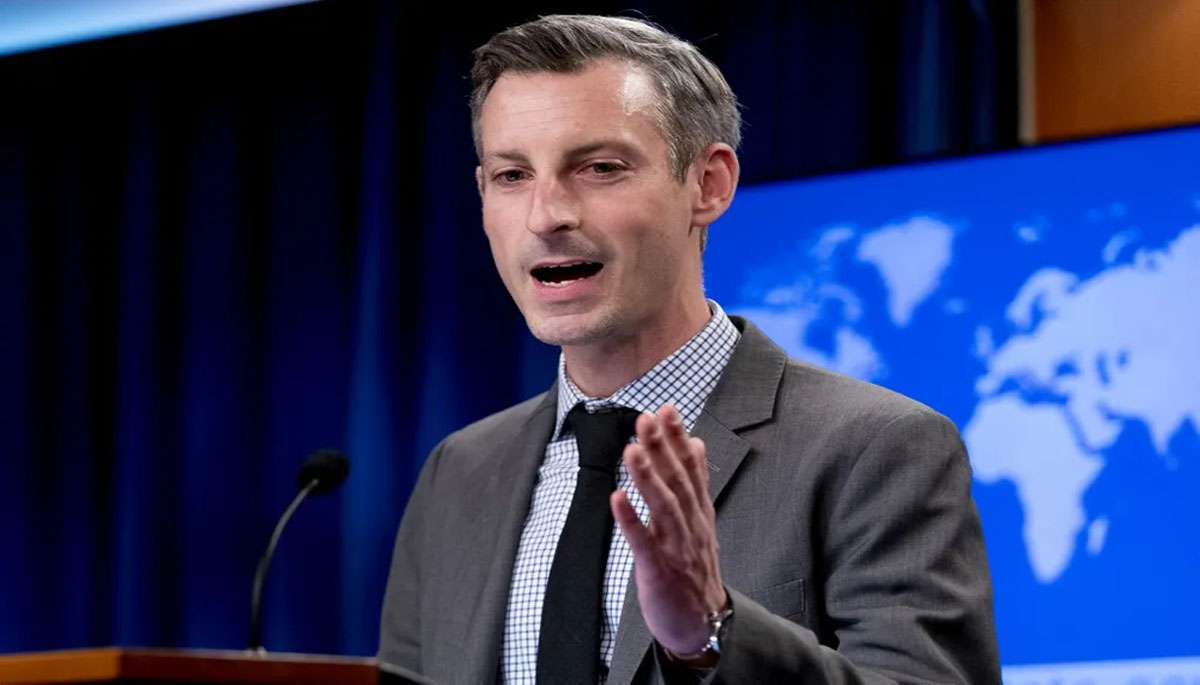 Russia, facing increasing pressure over its invasion from the West, imposed a number of travel bans on notable figures from the United States and Canada on Thursday – including against US State Department Spokesperson Ned Price, who called it an “honor.” Here are more of the biggest stories – and what you may have missed – on day 57 of the war in Ukraine.

Italy is ethically obliged to stop buying Russian gas “soon” as the payments are funding the Ukraine war, the country’s Ecological Transition Minister Roberto Cingolani said in an interview Thursday. “I think that we will have to stop supplies of gas from Russia soon for ethical reasons,” he told La Stampa newspaper.

The minister is currently on a two-day trip to Angola and Congo Republic seeking energy deals as Italy scrambles to reduce its dependency on Russia, which provides about 45 percent of Italian gas. “We are diversifying our sources with great speed,” he said. – AFP

The bodies of more than 1,000 civilians are being stored in morgues in the Kyiv region after Russian troops withdrew from areas around the capital, a senior Ukrainian official told AFP Thursday. “1,020 bodies (of) civilians, only civilians, in the areas of all the Kyiv region,” were discovered, Olga Stefanishyna, Deputy Prime Minister for European and Euro-Atlantic Integration of Ukraine, told AFP in Borodyanka. “These are only civilians collected from buildings, but also on the streets,” she said, specifying that the deaths date to the beginning of Russia’s invasion of Ukraine in late February.

Russia said Thursday it was closing the consulates of Latvia, Lithuania and Estonia in response to Moscow’s consulates being shut in the three Baltic states over military action in Ukraine. The Russian foreign ministry said it decided “to withdraw consent to the activities” of the consulates in Saint Petersburg as well as Latvia’s consulate and Estonia’s office in Pskov, a city close to the border with Estonia. “The heads and other consular officials of these Estonian and Latvian consular missions are declared ‘persona non grata’,” the ministry said.

The United States will provide Ukraine with a new $500 million infusion of aid to help the government in Kyiv continue paying salaries, pensions and providing services, Treasury Secretary Janet Yellen said Thursday. Yellen detailed the assistance following her meeting Wednesday with Ukrainian Prime Minister Denys Shmyhal and Finance Minister Sergiy Marchenko, saying it was necessary to help their government continue to function amid the ongoing Russian invasion. “The needs of Ukraine are urgent, and we plan to deploy this direct aid to Ukraine as soon as possible to be used on most urgent needs,” Yellen said.

More than 7.7 million people are estimated to have been displaced within Ukraine by Russia’s war, after fleeing their homes, the United Nations said on Thursday. This is in addition to the more than five million Ukrainians who have left the country entirely since Moscow’s troops invaded on February 24.

The figure for the number of internally displaced persons (IDPs), issued by the UN’s International Organization for Migration, is significantly higher than the 7.1 million estimate it gave on April 5. “Women and children, the elderly, and people with disabilities have been disproportionately affected, as they all represent a highly vulnerable group of people,” said IOM director-general Antonio Vitorino.

US President Joe Biden on Thursday said it was unclear if Russia had taken control of Mariupol after President Vladimir Putin claimed the “liberation” of the flattened Ukrainian city. “It’s questionable whether he does control Mariupol,” Biden said. “He should allow humanitarian corridors to let people… get out. “There is no evidence yet that Mariupol has completely fallen.”