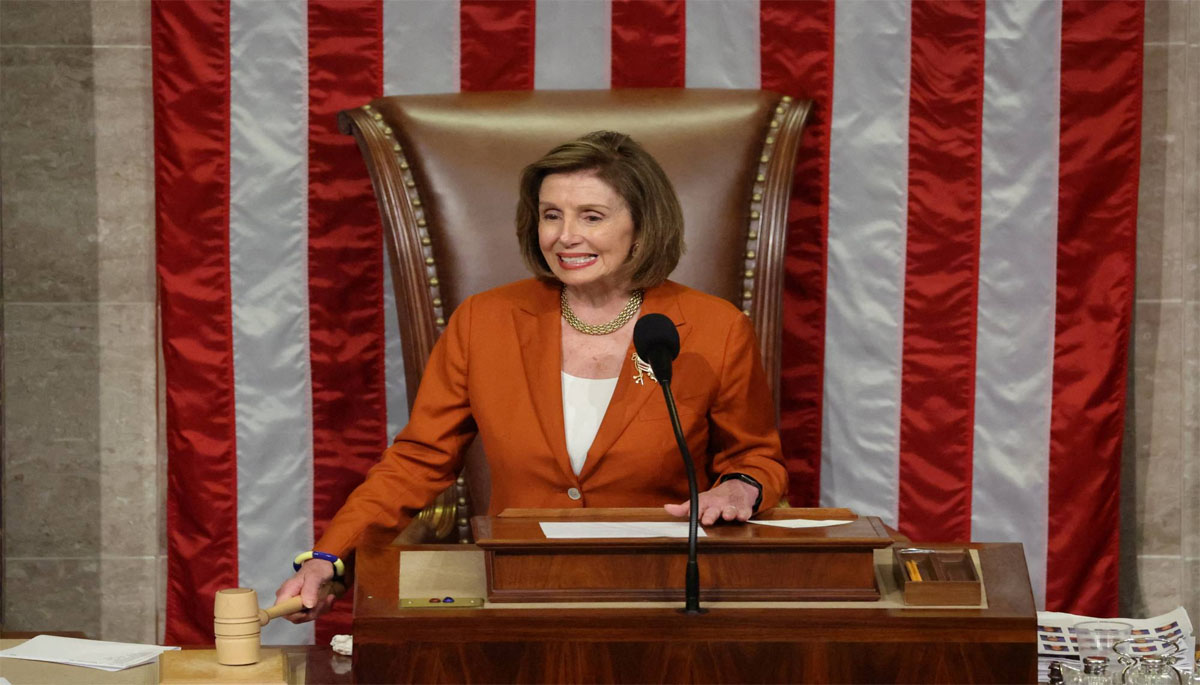 Gun regulation is a touchstone issue for both conservatives and liberals in the United States that has consumed national politics amid multiple mass shootings in recent years. The Democratic-led House of Representatives voted to rubber-stamp a bipartisan Senate gun bill that — while modest — amounts to the first significant piece of legislation to regulate firearms since 1994.

Fourteen Republicans defied their leader Kevin McCarthy to cross the aisle and approve the 80-page package, which advanced from the evenly-divided upper chamber with cross-party backing late Thursday. That vote came hours after the Supreme Court’s conservative majority had struck down a century-old New York law requiring permits for concealed-carry handguns.

The gun legislation includes enhanced background checks for younger buyers and federal cash for states introducing “red flag” laws that allow courts to temporarily remove weapons from those considered a threat. Billions of dollars have been allocated to crack down on “straw purchasers” who buy firearms for people who are not allowed them and to curb gun trafficking.

‘Long-sought triumph’
The deeply-divisive issue of gun control was reignited by two massacres in May that saw 10 Black supermarket shoppers gunned down in upstate New York and 21 people, mostly young children, slain at a school in Texas. The Supreme court had voted along party lines, with the six Republican appointees in favor of bolstering the constitutional right to bear arms and the three Democratic appointees dissenting.

The ruling was hailed by campaigners for boosted gun rights, but took the shine off what was expected to be a day of jubilation for weapons control activists. Liberals had been celebrating the congressional action despite disappointment at the limited scope of the legislation, which doesn’t include universal background checks and omits any ban on semi-automatic weapons or high-capacity magazines.

“This decision won’t stop our grassroots army from doing what we’ve done for a decade: fighting to keep our families safe,” added Shannon Watts, founder of Moms Demand Action, said after the Supreme Court ruling was announced. “Just as we’re breaking the logjam in Congress, we’re going to work day-in, day-out to mitigate the fallout in New York and any other states impacted by this decision and elect gun-sense lawmakers up and down the ballot.”

This is not just a long-sought triumph for lawful gun owners across America, it is a victory for all citizens and our constitutional order itself,” said Senate Minority Leader Mitch McConnell. McCarthy hailed the ruling as a victory that “rightfully ensures the right of all law-abiding Americans to defend themselves without unnecessary government interference.”

“The decision comes at an important time — as the Senate considers legislation that undermines Second Amendment freedom,” Wayne LaPierre, the National Rifle Association’s executive vice president, said in a statement. “This decision unequivocally validates the position of the NRA and should put lawmakers on notice: no law should be passed that impinges this individual freedom.”