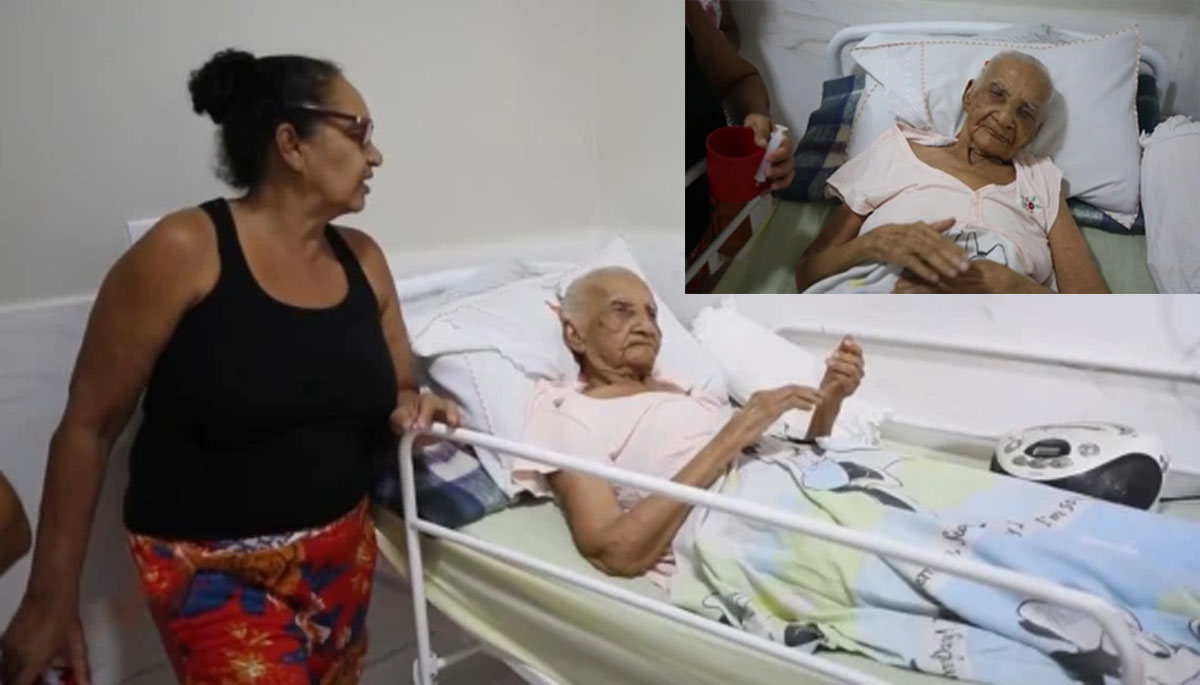 A new contender for the title of the world’s oldest living person has been discovered in north-eastern Brazil. It thought that Maria Gomes dos Reis could be coming up to her 122nd birthday – but her apparently remarkable age went unnoticed for decades until medics arrived to treat her.

Paramedics visited the great-great grandmother in rural Bom Jesus da Lapa after she fell ill. The allegedly 121-year-old, who lives with her granddaughter because all of her children have died, has a birth certificate which says she was born in the village of Bela Vista – where she still lives to this day.

It adds that she was born on June 16, 1900 – six months after the end of the 1800s. Family say she remained spritely until the last decade and even raised great grandchildren. Guinness World Records currently believe the world’s oldest living person is Frenchwoman Lucile Randon, who was born on February 11, 1904, and is 118-years-old.

The title passed on to her following the death of 119-year-old Kane Tanaka of Japan, on April 19 this year. Metro.co.uk has contacted the organisation to ask about the new claim. Bed-bound Ms Gomes dos Reis lives with her granddaughter Celia Cristina, who told local media: ‘I put food in her mouth, we have to do everything, change her underwear.

‘My life is summed up by my taking care of her.’ She explained that her grandmother was spritely before her health worsened just over eight years ago. Ms Cristina added: ‘She raised her grandchildren and great-grandchildren. ‘She took care of everything. She was really active until recently, she cooked, washed clothes.

Another great-granddaughter Ivanilde Gomes, who moved in with her when she was just six, said: ‘I never lacked anything, and she always said the same phrase, which I always keep with me: “Go study, girl.” ‘If today I manage to graduate, it is thanks to the encouragement I got from my great-grandma.’

Elderly Brazilians have sparked a number of recent headlines, with 116-year-old Francisca Celsa dos Santos, dying in and Epifania Maria de Jesus Mendes getting a fourth tattoo as a 105th birthday gift. It is unclear if Maria’s family will contact Guinness World Records about the possible record.