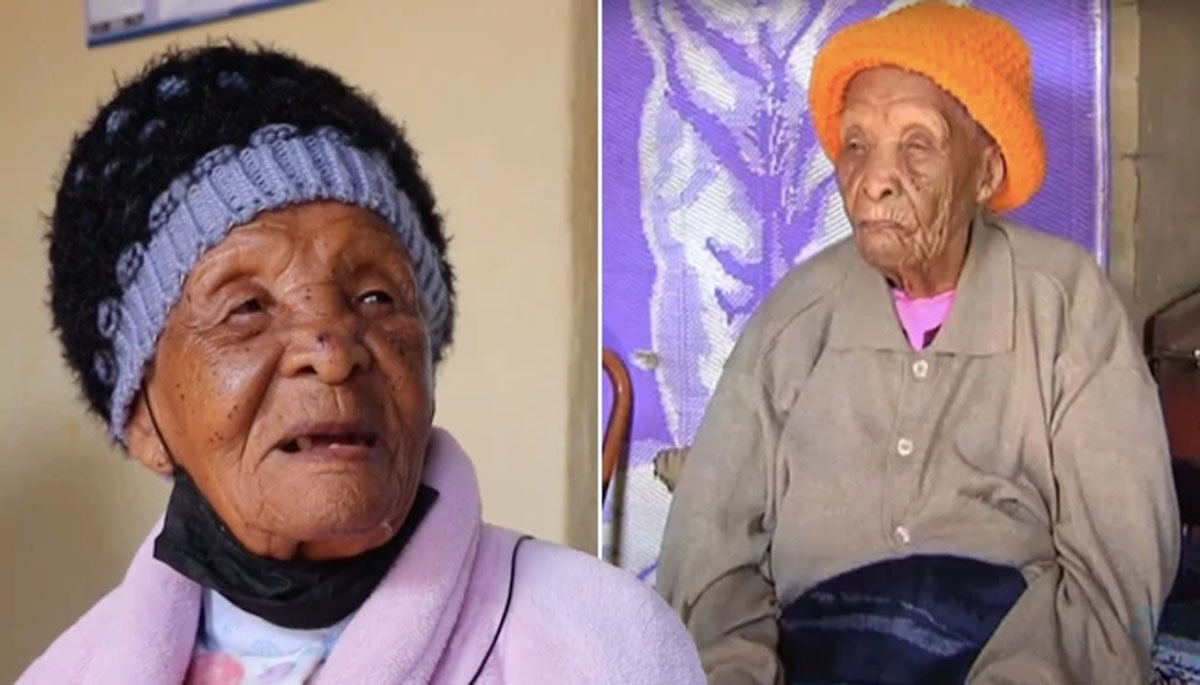 A combination of fresh milk and wild spinach has helped Johanna Mazibuko reach the ripe old age of 128. The South African celebrated her birthday this week – and it is thought she could be the oldest person alive. She holds identity papers which she says she was born in 1894.

In the years since, she has lived through British colonialism, apartheid and two world wars. Johanna, who lives in Jouberton, Klerksdorp, told reporters she was brought up on a maize farm in the town of Ottosdal, and was the eldest of 12 children.

‘We lived so well on the farms. There were no problems,’ she said. There did once battle a locust infestation, she recalled, but the family found a novel way to get rid of the pesky insects. She said: ‘There were ones we could catch and eat. ‘It was like you are eating meat. We would just fry them and eat them like that, just on their own.’

Johanna grew up on fresh milk and wild spinach, and says while she does eat ‘modern food’ now, she sometimes misses the simplicity of her childhood. The 128-year-old struggles with her hearing, but is still independent enough to move around her house and people watch out the window.

She often sits and recalls memories of her early life, and some years are easier to remember than others. She said: ‘I was married to an older man. His first wife had died. He was an independent man. He had a horse carriage and cows. I would milk the cows and make butter to sell.

‘That man treated me very well and made me forget about my life before him. I did not want for anything.’ She had seven kids with Stawana, two of whom are alive today. She also boasts a collection of 50 grandchildren and great-grandchildren.

After she got married, Johanna earned her living by doing domestic work for owners of farms and worked through the years. But as she grew older she employed a carer by the name of Thandiwe Wesinyana. The pair have lived together since 2001 and have become firm friends.

Thandiwe said: ‘I can’t sleep when I am not next to her. When I come back, she will also say she couldn’t sleep. She says she just sits by the window looking at the gate and wondering when I will be back.’ Johanna’s wider community in South Africa have tried to find a way to have the elder formally recognised by the Guinness Book of Records.

The village’s prophet, OJ Madikong, is among those who have tried to share her story. He previously told News24: ‘I believe Mazibuko could have long since been put in Guinness book of Records. The whole world would know, but we know that it is never late.

‘As long as we as people in Africa know that there is such a person, we are happy that there is someone with 128 years, whether they try to hide her or what but we know there is.’ This week, Johanna said she was unsure just quite how she’d reached such an advanced age. She concluded: ‘When I die, they must slaughter a cow for me. They must bury me well, so that I never bother them.’