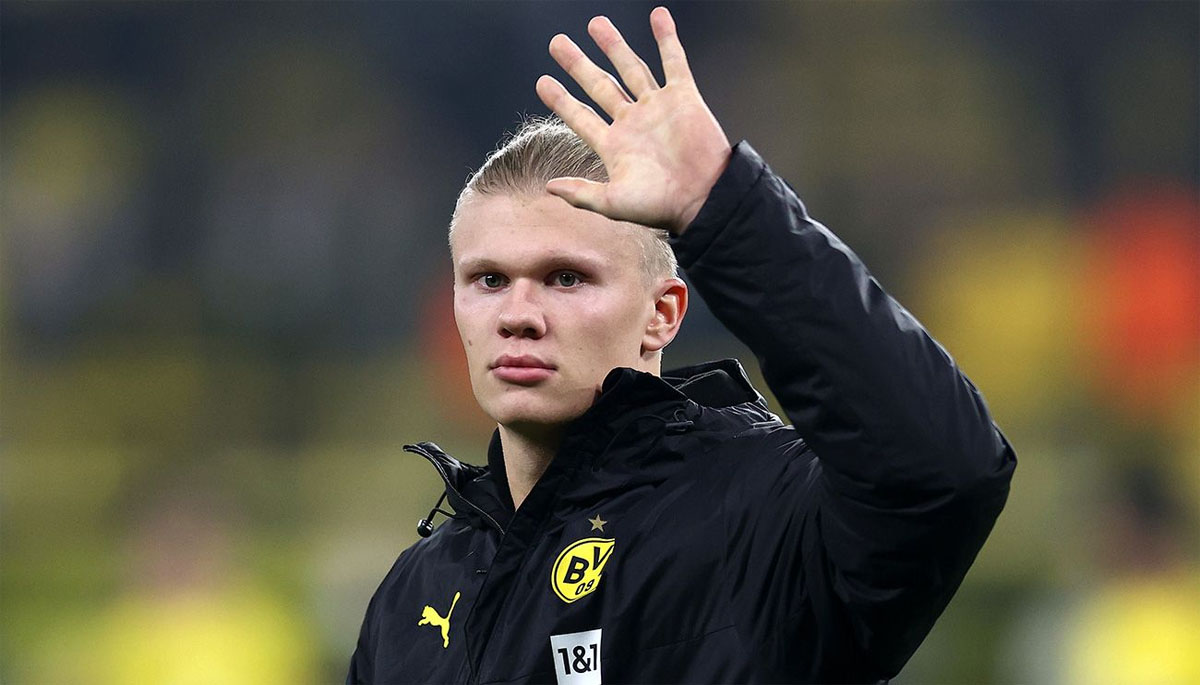 Manchester City has confirm that they have reached an agreement in principle with Borussia Dortmund for the transfer of striker Erling Haaland to the Club on 1st July 2022.

The transfer remains subject to the Club finalising terms with the player. According to the club statement on Erling Haaland

After widespread reports earlier this week that a deal would be announced imminently, City have stilled a whirlwind of speculation by confirming the news. He will swap the Westfalenstadion for the Etihad in the summer, with the timing of the announcement allowing him to bid farewell to Dortmund fans at their final game of the season against Hertha Berlin.

The fee, whilst not yet confirmed by other club, is due to be about €85m with Haaland’s release clause reported to be lower than first thought.