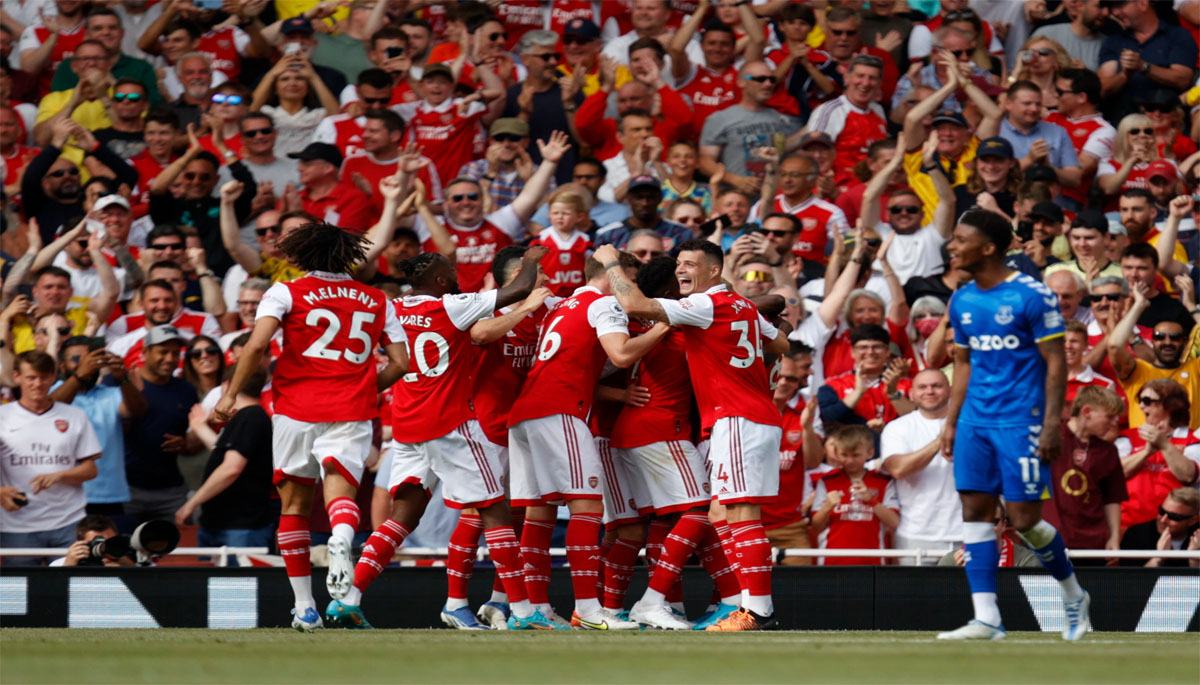 Arsenal ended their season with an emphatic 5-1 win over Everton but it wasn’t enough to snap the final Champions League spot from Tottenham Hotspur as they beat Norwich City. Gabriel Martinelli, Eddie Nketiah, Cedric Soares, Gabriel Magalhaes and Martin Odegaard all found the back of the net, with Donny van de Beek’s goal just before halftime providing little consolation for Everton.

“After Monday, [against Newcastle] I was in such pain the way we conceded that game because this game was something different. We have to be very proud, we have the energy and the momentum for what we want to achieve, I’m extremely grateful.”

Arsenal were awarded a penalty after 25 minutes when Alex Iwobi was found to have handled the ball in the box. Martinelli stepped up to take the shot and hammered it past Asmir Begovic.

Their second came just four minutes later when Nketiah tapped home a corner won by Granit Xhaka. Everton pulled one back in the third minute of added time at the end of the first half. Dominic Calvert-Lewin cut the ball back to Van de Beek who slotted it into the net.

Arsenal got their second goal from a corner on 56 minutes. Bukayo Saka delivered it into the box and Soares scored from 11 yards out. Gabriel got Arsenal’s fourth when a Cedric shot was blocked and he nabbed the rebound and smashed it past Begovic. Odegaard was given too much space by the Everton defence for Arsenal’s third and slammed the ball into the net.