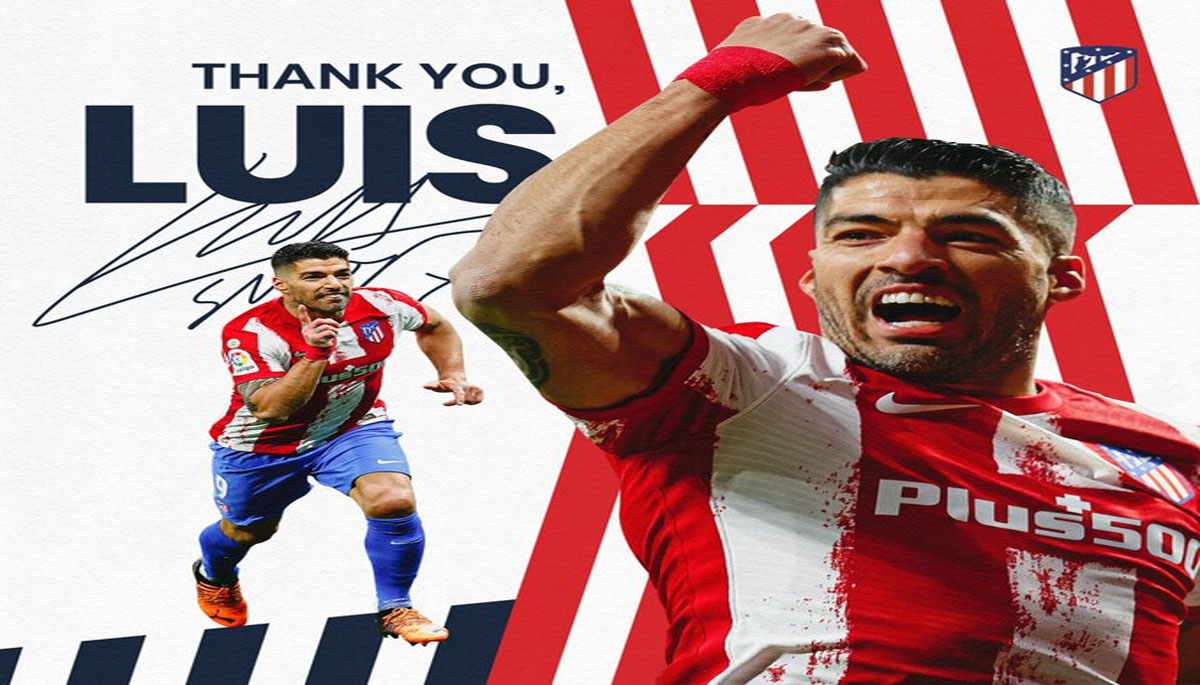 Luis Suarez will leave Atletico Madrid at the end of the season, the club announced on Sunday. The 35-year-old has spent two years in the Spanish capital and Atletico confirmed his exit before their LaLiga home clash against Sevilla.

“At the end of the game, the Wanda Metropolitano will pay tribute to Luis Suarez and Hector Herrera, who are saying goodbye to the Red & White family today,” the club posted on social media. Suarez started Atletico’s final home game and was given a standing ovation from the supporters when he was taken off in the second half.

After the match, an emotional Suarez delivered a farewell speech in front of the crowd at the Wanda Metropolitano. “I want to thank every one of the Atletico fans, all of the staff, the people that work here every day. It’s impressive the affection they showed me since I arrived, and I’ll never forget it. I’m so grateful,” he said.

“To my teammates, for opening the door to me in a difficult moment, what I had to do was try to return it on the pitch, I gave 200% to a club that opened its doors to me… We won the league last year, unfortunately we couldn’t celebrate it with the fans, but the affection I get every day in the street is amazing, I’ll never forget it.

“My family and I will always be grateful, and wherever we are I’ll be an Atletico fan, we’ll carry it in our hearts.”

The game finished 1-1 and the result secured Sevilla’s place in the Champions League next season. Suarez moved to Atletico from LaLiga rivals Barcelona on a free transfer in 2020 and played a key role in helping Diego Simeone’s team side claim their first league title since 2014.

The striker scored 21 goals in all competitions during the 2020-21 campaign, including the winning goal in the final day victory at Real Valladolid to clinch the title. The Uruguay international has struggled to reproduce his fine form this season and has not enjoyed much playing time on the pitch.

Suarez has contributed 13 goals and three assists in all competitions this term but hasn’t been a first-team regular and only played eight minutes during Atletico’s Champions League knockout matches against Manchester United and Manchester City. Suarez could make his last appearance for the club when they face a trip to Real Sociedad next week.