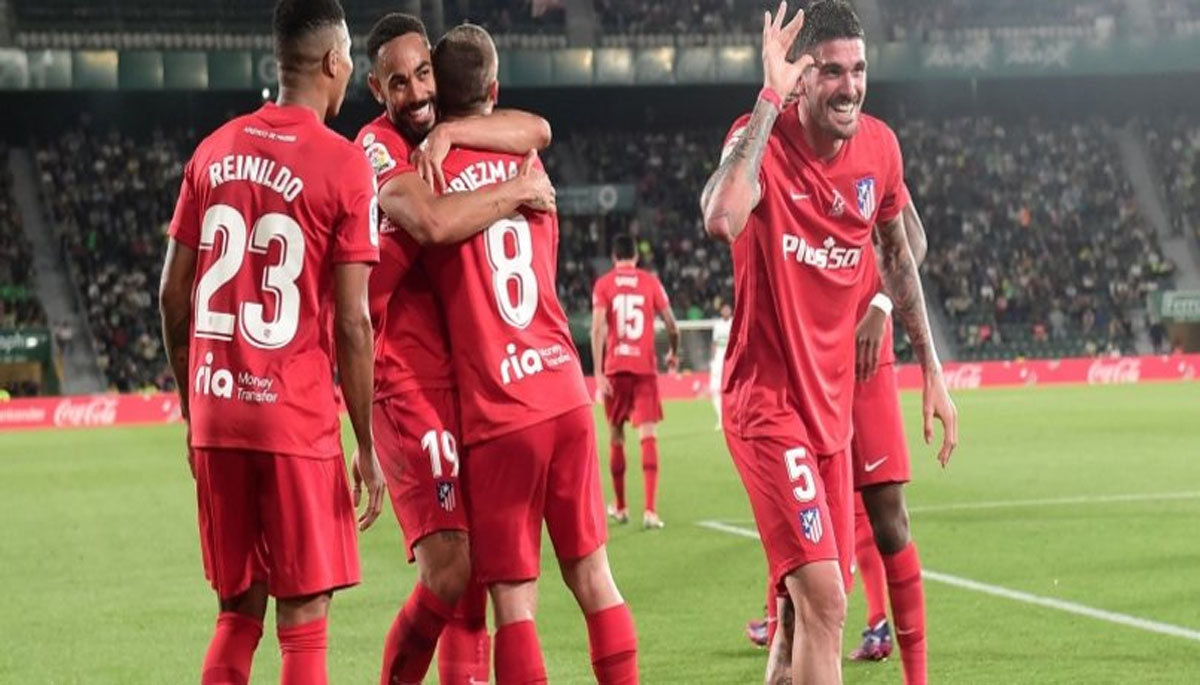 With two games left and Real Madrid already crowned champions, Atletico climbed to third place on 67 points, six ahead of Real Betis in fifth and with a better head-to-head record.

They also leapfrogged Sevilla, who dropped to fourth on 66 points after they were held to a goalless draw at home by relegation-threatened Mallorca earlier on Wednesday. “Being in the Champions League for another year is very important for the club,” Simeone told Movistar afterward.

“I remember the first time I talked to Miguel [Angel Gil] and Enrique [Cerezo], they said how important it was for the club to get into the Champions League for the next four or five years, because it would allow us to grow as a club, and we achieved it. It’s the hard work of a lot of people that you don’t see, employees, if we’re in the Champions League we can keep evolving, it allows us to prepare for a new season with a good vibe.”

Cunha opened the scoring in the 29th minute with a first-time strike following a fine individual effort by substitute Renan Lodi on the left wing. Atletico had multiple chances to extend their lead before Antoine Griezmann played a brilliant one-two with De Paul, who found himself alone inside the box to tap home into an empty net in the 62nd minute.

“That’s the balance that it’s been hard for us to find this year. [Stefan] Savic and [Jose] Gimenez were out for a long time, Reinildo came and did well, he works, he’s humble, aggressive, and he allowed the team to have something it always needed. We scored a lot of goals this year.”