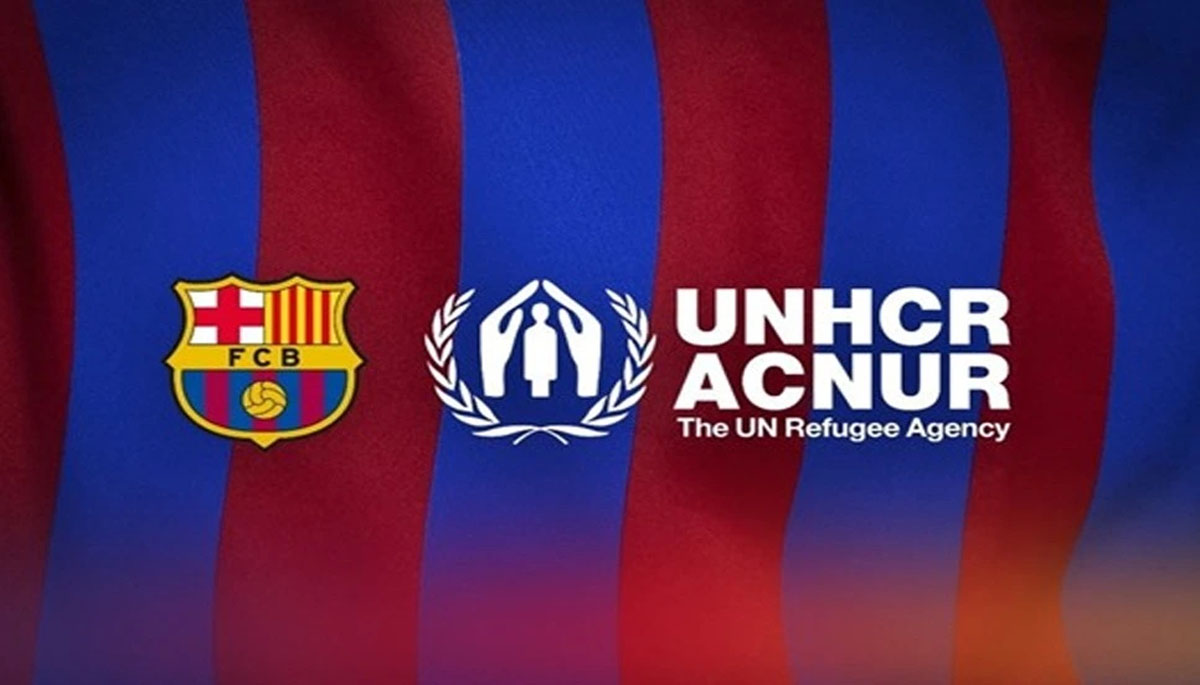 Barcelona have signed a partnership deal with UNHCR, the United Nations Refugee Agency, whose logo will feature on the Spanish team’s latest shirt in support of refugee children, the LaLiga club said on Tuesday. It will be displayed on the men’s and women’s first team shirts from the 2022-23 season and will serve as a message of solidarity with more than 100 million people who have been forced to flee their homes, Barca added.

Barcelona had previously partnered UNICEF in support of the world’s children in 2006, with their logo present on the first team shirt for the past 15 years. The UNHCR logo will now replace the UNICEF logo. “Our commitment is to make the dreams of the most vulnerable become a reality, based on the belief that all children and young people have the right to the same opportunities,” Barcelona president Joan Laporta said.

“It’s a game we need to play and which UNHCR has allowed us play in their league. It’s our Super League and we’re very proud of it.” The new partnership will span the next four seasons during which the club’s foundation will donate 400 000 euros ($417 360) per season towards four UNHCR projects in Colombia, Uganda, Turkey and Malaysia.

“Football brings joy to billions of fans around the world,” UN High Commissioner for Refugees Filippo Grandi said. “It also provides a transformational outlet for millions of refugee children each day as it promotes positive mental and physical wellbeing, builds confidence and skills, helps keep children in school, and empowers women and girls.”