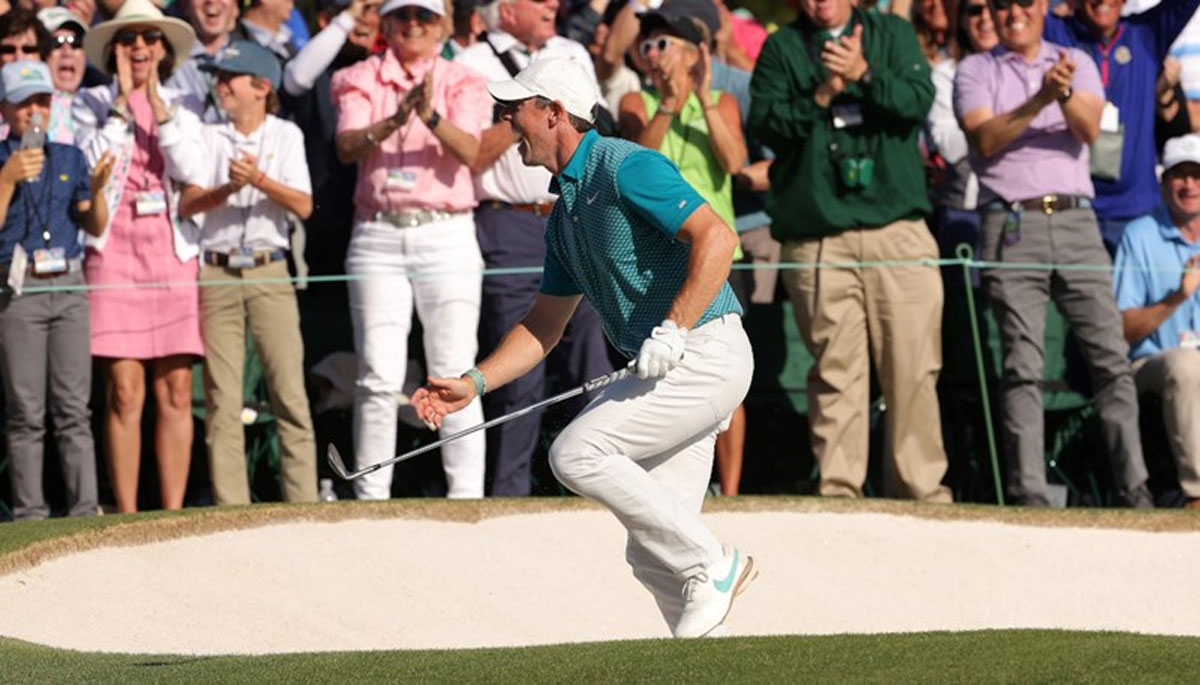 Rory McIlroy’s freewheeling 64 propelled him to his best Masters showing yet on Sunday, a runner-up finish to world No 1 Scottie Scheffler.

It marked the eighth time the Northern Ireland star was unable to claim the Masters title that would see him join the select group of players to complete a career Grand Slam.

Nevertheless, it was a great day on the golf course and for McIlroy further proof that a Masters title is possible.

“I don’t think I’ve ever walked away from this tournament as happy as I am today,” McIlroy said. “I’ve played a really good round of golf, and it’s my best ever finish at Augusta.

“It’s not quite enough, but I’ll certainly look back on this day with very fond memories. It gives me confidence going forward not only into the next Masters next year but to the rest of the season as well.”

McIlroy’s 64 was one off the course record and matched the lowest ever in a final round at the Masters. With an eagle and six birdies he posted the only bogey-free round of a week where challenging cold and wind pushed up scores on Friday and Saturday.

He ended on a high note, holing out from a greenside bunker for birdie at the 72nd hole for his seven-under total of 281.

McIlroy flung his arms up in celebration as the crowd roared. He flung his club into the sand and celebrated some more before playing partner Collin Morikawa stepped up to take his shot from the same bunker – which hit the green and raced toward the pin, the ball dropping in when it hit the stick.

He, too, celebrated in the sand with a grin of disbelief as the crowd went wild, signing for a 67 that put him alone in fifth on 284.

GIVE IT A GO

McIlroy and Morikawa both started the final round 10 shots off Scottie Scheffler’s overnight lead.

McIlroy charged early, with four front-nine birdies before a chip-in birdie at the 10th followed by an eagle at the 13th, where he stuck his approach 10 feet from the pin and drained the putt.

He said his joyful celebration at the 18th was not only for the unlikeliness of the birdie but because it put him three shots behind Scheffler – who was 10-under through 10.

“He still had some tricky holes to navigate,” McIlroy said. “And it was like the third shot I holed from off the green today. It was a round Seve (Ballesteros) would have been proud of.”

McIlroy said that he opted for an aggressive approach with such a big gap to the overnight leader.

However, he wasn’t sorry that he took a more conservative approach in the earlier rounds.

“Thursday in this golf tournament is not the day to be super aggressive. It’s a day to just hang in there,” said McIlroy, adding that a bogey, double-bogey run in the second round had probably been his most costly mistakes.

“Apart from that I basically did everything I wanted to this week,” he said. “I’ll keep coming back year after year until I get the hang of this place and hopefully get one.”