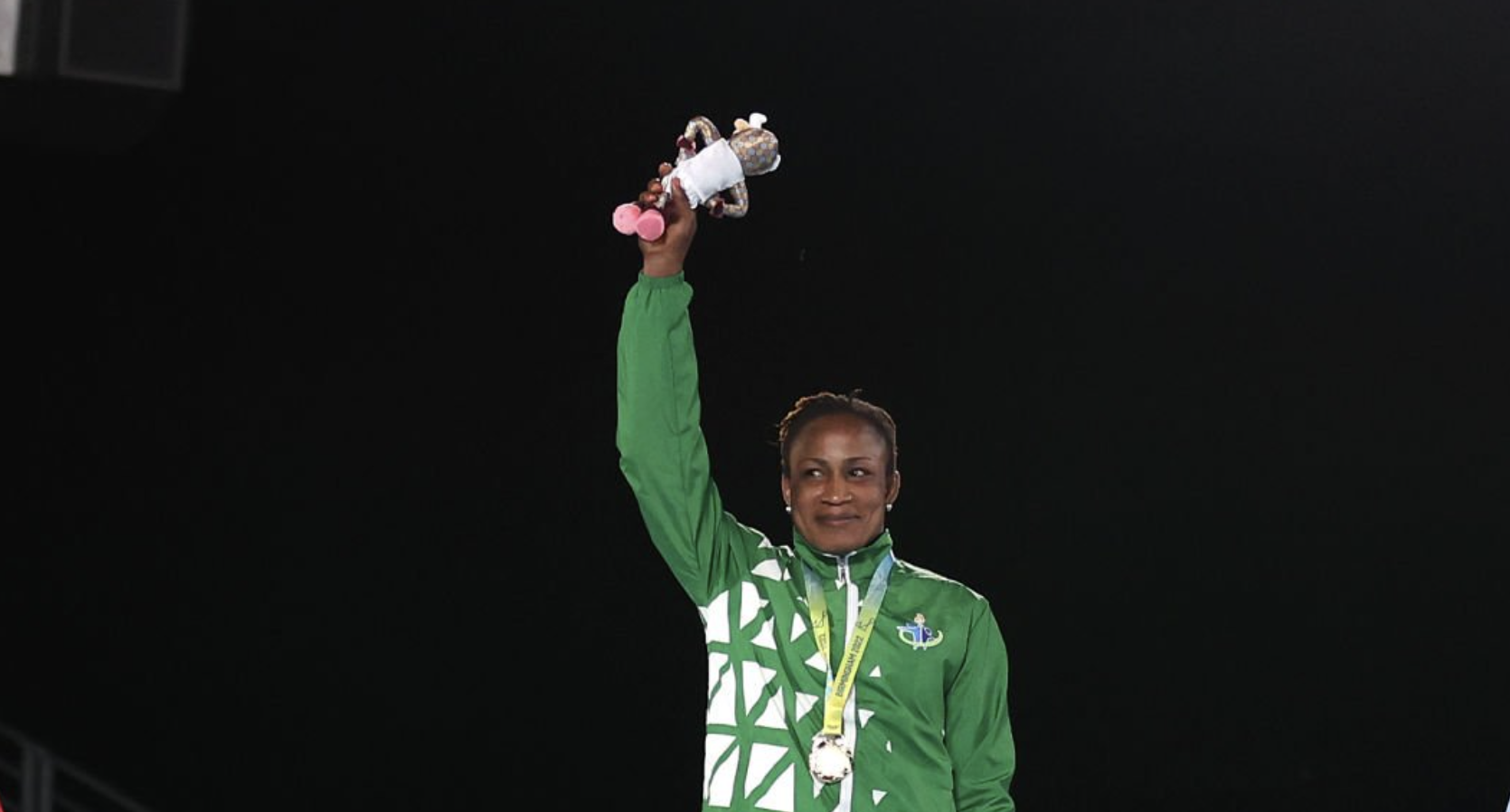 Her victory came hours after compatriots Odunayo Adekuoroye won the country’s sixth gold medal at the event also in the wrestling event.

Oborududu is now a two-time Commonwealth Games Champion after also claiming gold at the 2018 edition of the event.

Advertisement. Scroll to continue reading.
In this article:Blessing Oborududu