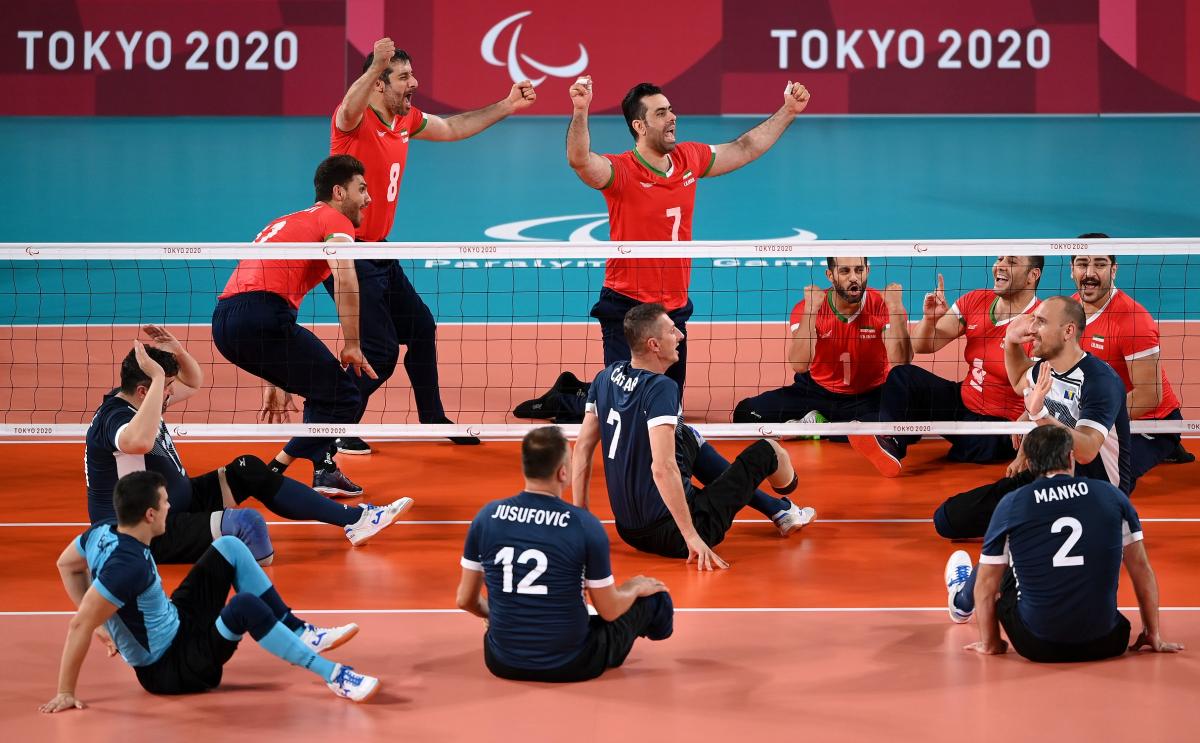 For 21 years, the gold medal game at the Paralympic Games for men’s sitting volleyball has been all but carved in stone, with the honours going to Iran or Bosnia & Herzegovina. The winner has swapped every cycle, with the former winning most recently in 2016.

But for the first time in six Paralympic Games, the Bosnian team will be playing for the bronze medal, following their semifinal defeat by Iran at Makuhari Mess Hall in Tokyo on Thursday.

The Russian Paralympic Committee team served the Bosnians a massive upset during pool play, relegating them to a second-place finish, which put them on a semifinal collision course with their biggest rivals.

“We always face Bosnia & Herzegovina in the final match, so to face them in the semifinals was very surprising and strange for us,” said player Morteza Mehrzadselakjani.

Despite the strangeness, there was never any question of the outcome.

“There are lots of expectation from the sitting volleyball team of Iran, so we have to win, we have to be the champions,” Morteza, the tallest Paralympian, added.

Iran took early control of the first set and never relinquished their lead, with Morteza regularly flicking the ball deep into the Bosnian court. The European team’s defence crumbled under the onslaught, with multiple errors, and they were never able to mount a successful counter-attack.

Most of Bosnia & Herzegovina’s core players are part of the ‘golden generation’ who have notched between four and six Paralympic appearances, and as many medals.

“Right now we are facing a problem with the younger generation who need to continue to play for the national team of Bosnia, and we are hoping to find some younger players who can compete at this high level of competition,” said Ermin Jusufovic, who is at his fifth Paralympics.

RPC will meet Iran in the gold medal match – the team’s first appearance in the final.

“We’ve trained for this for over a decade, since 2008,” said RPC captain Aleksandr Savichev.

“There were so many obstacles to go through. Now, we know we have a minimum of second place. So now we’re going to go all in.”