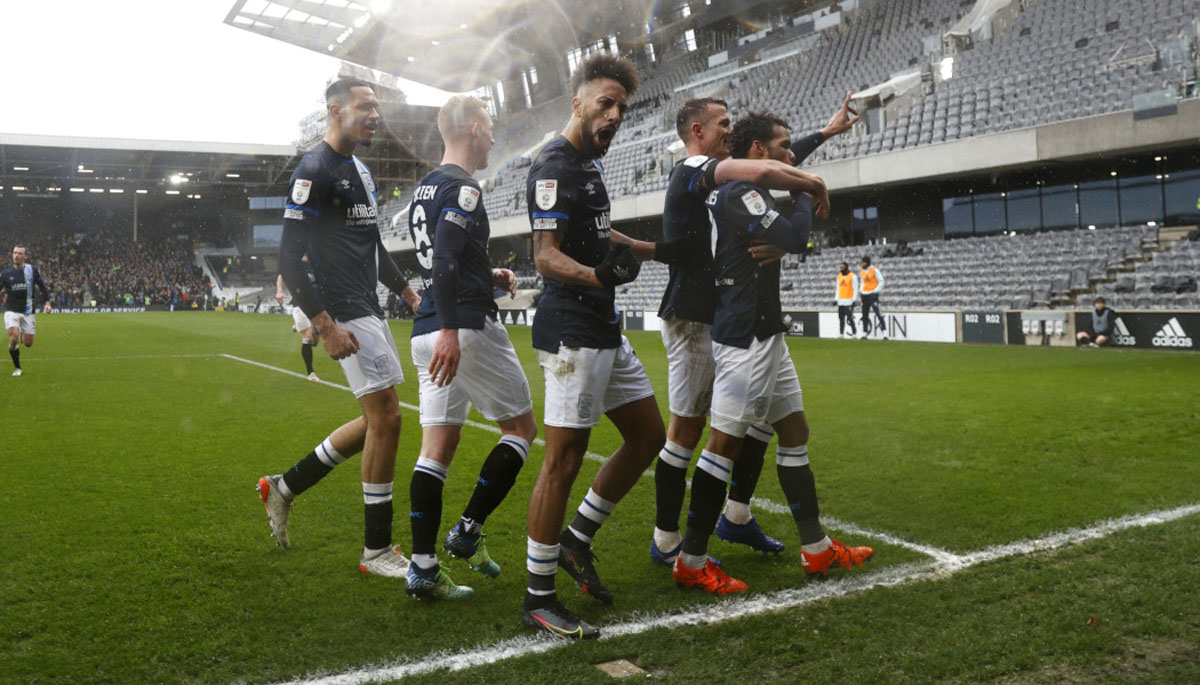 Fulham crashed to a shock 2-1 defeat against Huddersfield as the Championship leaders missed the chance to extend their advantage at the top on Saturday.

Second-placed Bournemouth’s match against Nottingham Forest was called off after Storm Eunice caused damage at Dean Court on Friday and third-placed Blackburn’s clash with Millwall on Saturday was also postponed because of the weather.

That gave Fulham an opportunity to pad their lead in the race for automatic promotion to the Premier League. But Marco Silva’s side could not take advantage as Huddersfield struck twice in the first half at Craven Cottage. Danny Ward put the fifth-placed Terriers ahead in the 31st minute before Duane Holmes doubled the lead from the penalty spot two minutes before the break.

Bobby Decordova-Reid pulled a late goal back, but Fulham suffered a first league defeat since December 20. Fourth-placed QPR left it late to draw 1-1 against Hull at Loftus Road. Marcus Forss, on loan from Brentford, fired Hull into the lead in the 26th minute. There was a lengthy delay just after the hour when Hull goalkeeper Matt Ingram needed treatment following a collision with QPR’s Albert Adomah and eventually was taken off on a stretcher.

Ilias Chair then struck from close range with 15 minutes left to save QPR. Sheffield United swept past Swansea 4-0 at Bramall Lane, while Middlesbrough saw their play-off ambitions stall after losing 2-1 at Bristol City. West Brom also lost ground on the top six following a 2-0 defeat at Luton.

At the other end of the table, Louie Sibley hit a stoppage-time winner as Derby beat relegation rivals Peterborough 1-0, with both sides finishing with 10 men. Reading kept themselves five points clear of Derby after beating Preston 3-2 in their first Championship win since November.

Bottom of the table Barnsley lost 1-0 at Coventry, where Dominic Hyam struck in the third minute of stoppage time. Cardiff and Blackpool drew 1-1, while Stoke were held to a 2-2 draw by Birmingham.