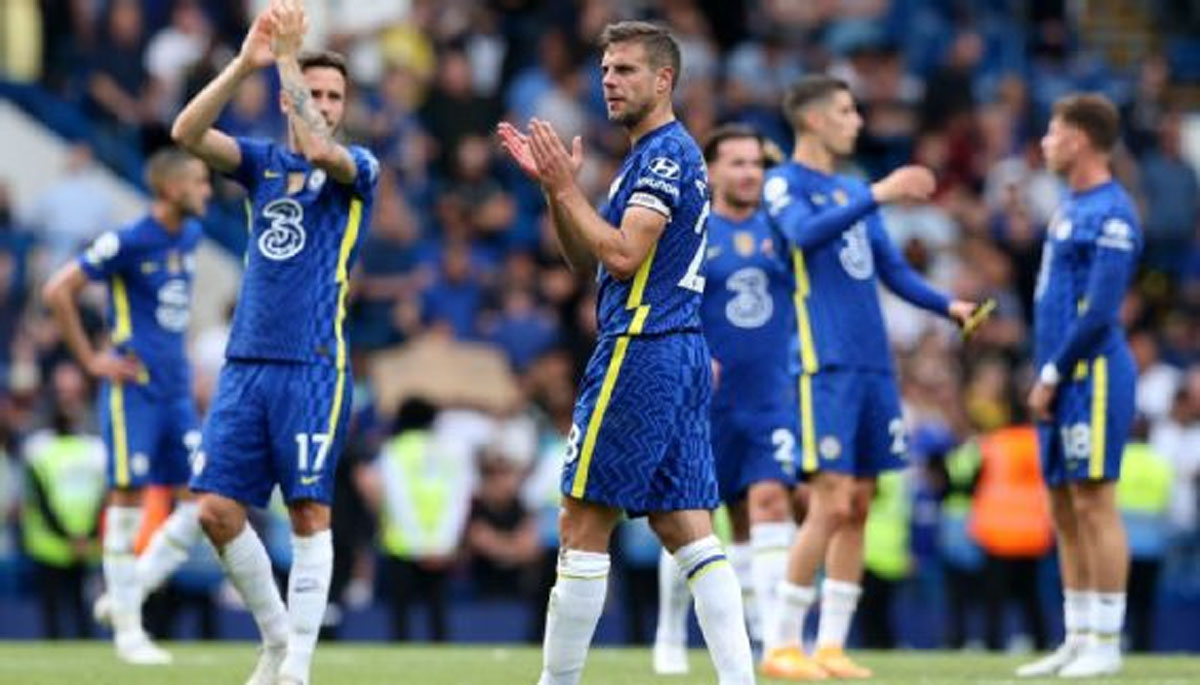 A last-minute goal from substitute Ross Barkley earned Chelsea a 2-1 win over already-relegated Watford on Sunday in a low-key end to a turbulent season for the London side.

Barkley, playing his 100th game for Chelsea, headed in a Reece James cross three minutes after Watford’s Dan Gosling had equalised for the Hornets. It was a busy finish to an otherwise unremarkable end-of-term game. Germany’s Kai Havertz had put Chelsea ahead in the 11th minute when he ran in unmarked to meet a low cross from winger Kenedy.

There were many empty seats at Stamford Bridge, with Chelsea operating under special licence because of government sanctions imposed on departing Russian owner Roman Abramovich. The result made no change to the Premier League table. Chelsea, whose £4.25 billion ($5.2bn) ownership deal with a U.S.-led consortium is still awaiting full approval, finished the season in third place.

Los Angeles Dodgers part-owner Todd Boehly, who is fronting the consortium backed by Clearlake Capital, watched from the stands as Havertz also hit the crossbar at the end of the first half and Hakim Ziyech forced a fine second-half save from Daniel Bachmann.

Watford’s Kiko Femenia and Joao Pedro also had shots saved in a game where the biggest home cheers were reserved for the news that Manchester City had won the Premier League title, pipping Chelsea’s nemesis Liverpool.

Chelsea lost both the League Cup and FA Cup finals to Liverpool in the tightest finishes this season with both games going to penalties. The London side did not finish without a trophy, however, having picked up the European Super Cup last August and the Club World Cup in February.

Before the players ran a lap of honour, captain Cesar Azplilicueta named Mason Mount, who missed a Wembley penalty in the FA Cup final last weekend, Chelsea’s player of the season.