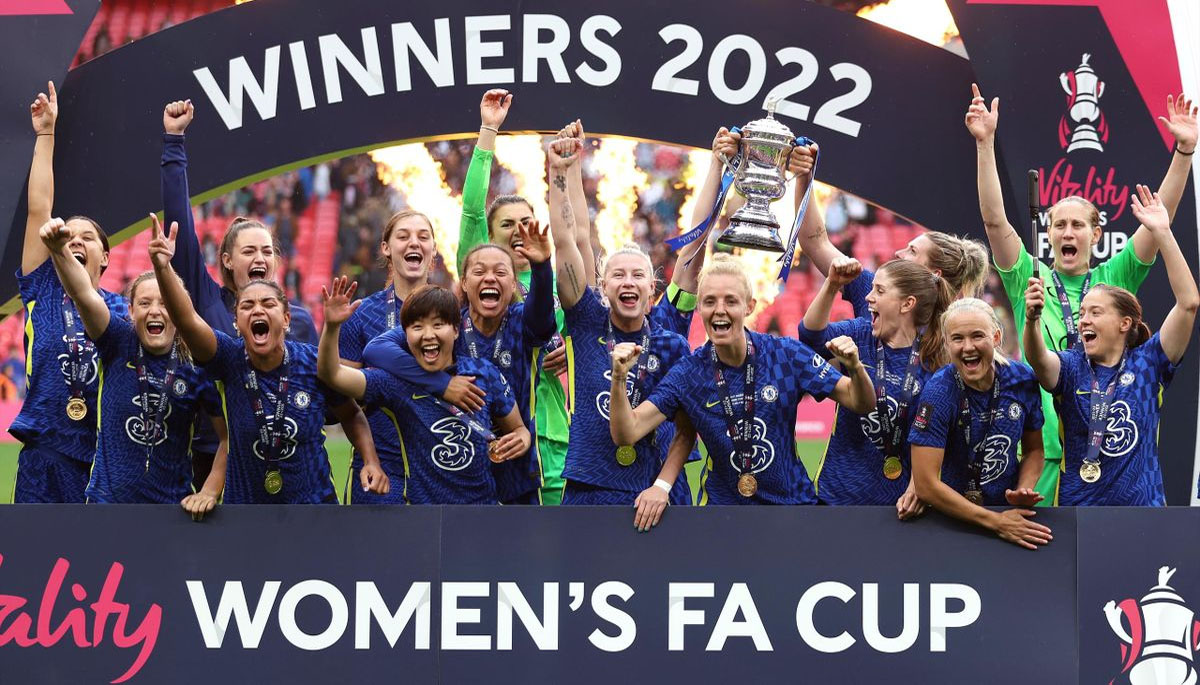 Chelsea have won the league and cup double for the second successive season as Sam Kerr’s extra-time goal sealed a 3-2 victory over Manchester City in the Women’s FA Cup final on Sunday.

Kerr gave the newly crowned Women’s Super League champions the lead at Wembley by getting on the end of Millie Bright’s cross in the 33rd minute. But City, who finished third in the WSL this season, were level by half time through Lauren Hemp’s brilliant solo effort.

Cuthbert, who was named Player of the Match at Wembley, crowned an impressive individual campaign with a stunning goal from the edge of City’s area to put Chelsea back in front in the 63rd minute. Emma Hayes’ side survived a few scares after Cuthbert’s wonder strike but Hayley Raso forced extra time in the 89th minute as she brilliantly controlled Alex Greenwood’s raking pass with her chest before firing past Ann-Katrin Berger.

However, Kerr sealed Chelsea’s winner in extra time as she capitalised on Alanna Kennedy’s mistake to race through towards City’s goal. Greenwood attempted to block Kerr’s effort but the ball was diverted past City goalkeeper Ellie Roebuck. The win at Wembley means Chelsea have now won 11 major trophies during Hayes’ reign.

‘I struggle to find words to sum that up, what a performance, 120 minutes and we knew it would be a tough slog for us,’ Cuthbert told BBC Sport after Chelsea’s win. ‘Especially when you lose a goal five minutes from time it does take the wind out of you, you have to regroup and we had to dig deep and find a level that we’ve not found in ourselves before.

‘I don’t score goals like that but it’s an amazing honour. I thought it was going to be a winning goal and it wasn’t, Sam’s [Kerr] was just as important, it took a deflection and it doesn’t matter what the goal looks like as long as it goes in. If they go in like that Wembley I’m happy.

‘So many times this year we have been faced with adversity, covid, injuries, we’ve had to use the squad, we used the squad today and I’m proud to end it on such a high.’