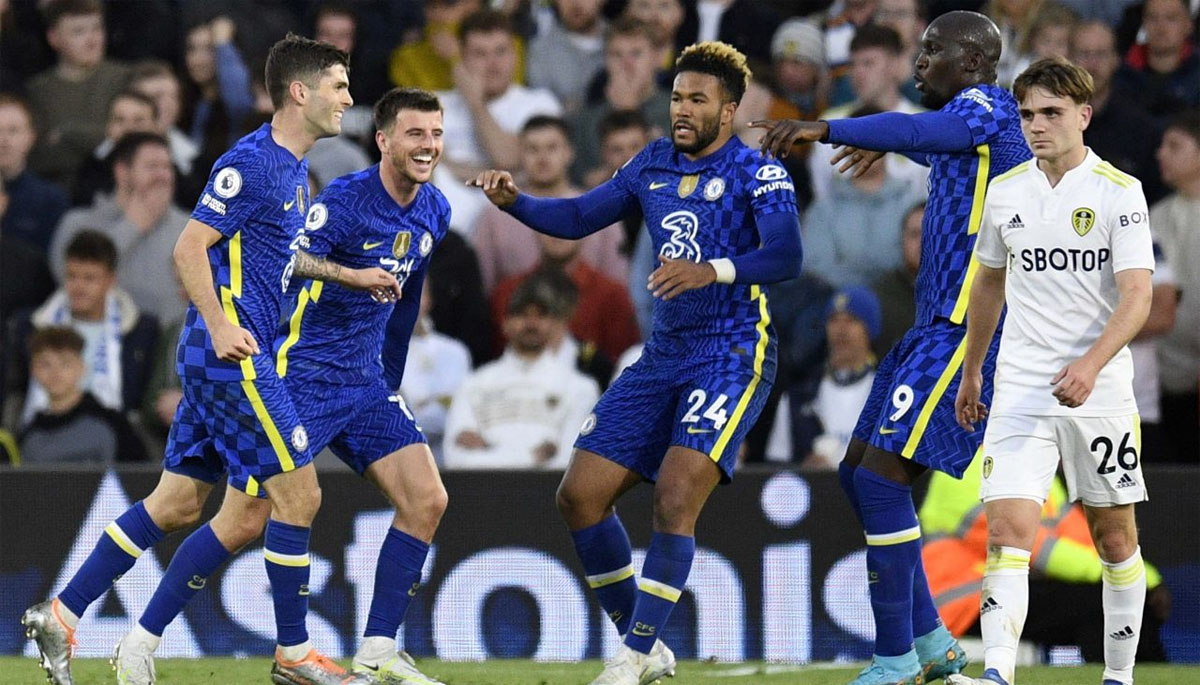 Chelsea cemented their place in the Premier League’s top four and dealt another major blow to Leeds United’s survival hopes with a 2-0 win at Elland Road on Wednesday.

Just as in their defeat to Arsenal on Sunday that dropped them into the bottom three, Leeds conceded a goal and went down to 10 men in the first 30 minutes.

On this occasion, it was Mason Mount who found the net, after just four minutes. Daniel James then saw red in the 24th minute for a horror challenge on Chelsea midfielder Mateo Kovacic, who was soon forced off the field just three days before the FA Cup final.

Leeds prevented further damage until half-time but Christian Pulisic effectively sealed the three points for Chelsea with a low strike into the corner of the net 10 minutes into the second half. Romelu Lukaku, after missing a couple of headed chances earlier on, then got on the scoresheet late on to complete a miserable evening for Leeds fans.

The result will ease Chelsea’s fears of losing grip on a place in the top four and a Champions League berth for next season. Thomas Tuchel’s side remain third but now have a four-point gap over Arsenal and an eight-point gap to Tottenham, although both have an extra game to play — against each other on Thursday.

Leeds, meanwhile, stay in 18th, level on points with Burnley but with an inferior goal difference and two points behind Everton, with both having three games left to Leeds’ two.