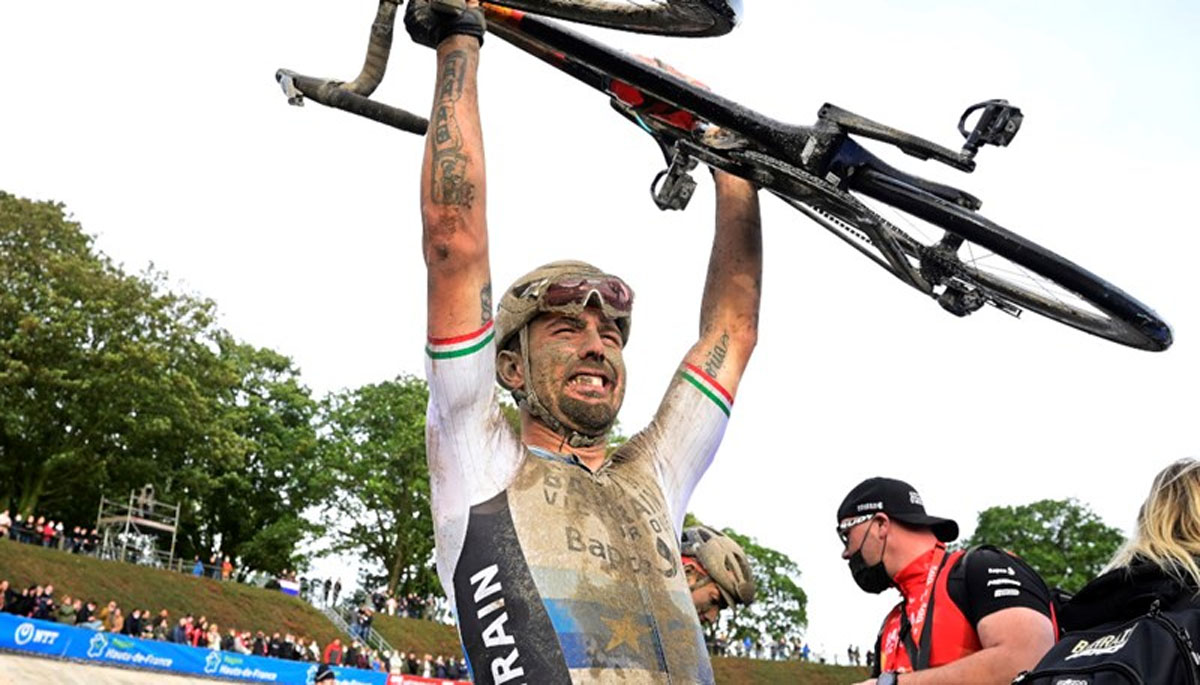 Colbrelli, who turns 32 next month, was fitted with a defibrillator after he lost consciousness after finishing second in the first stage of the Tour of Catalunya on March 21.

“Following Colbrelli’s successful operation on March 31st, the Italian rider has continued to undergo further medical check at the Sports Cardiology Unit of the University of Padua,” read Bahrain’s statement on their website.

“The priority remains to continually monitor his condition with a close follow up in the coming months to secure his safety and resumption of regular life activities.”

Colbrelli had been making his comeback in the Tour of Catalunya after pulling out of the Tirreno-Adriatico stage race in Italy three weeks with a bout of bronchitis.

He won the prestigious Paris-Roubaix race last year a few weeks after claiming the European title and has a total of 34 race wins over his career.

“It’s already a miracle if I’m alive, now I need another to put me back in the saddle,” Colbrelli told Italian newspaper Gazzetta dello Sport in March.