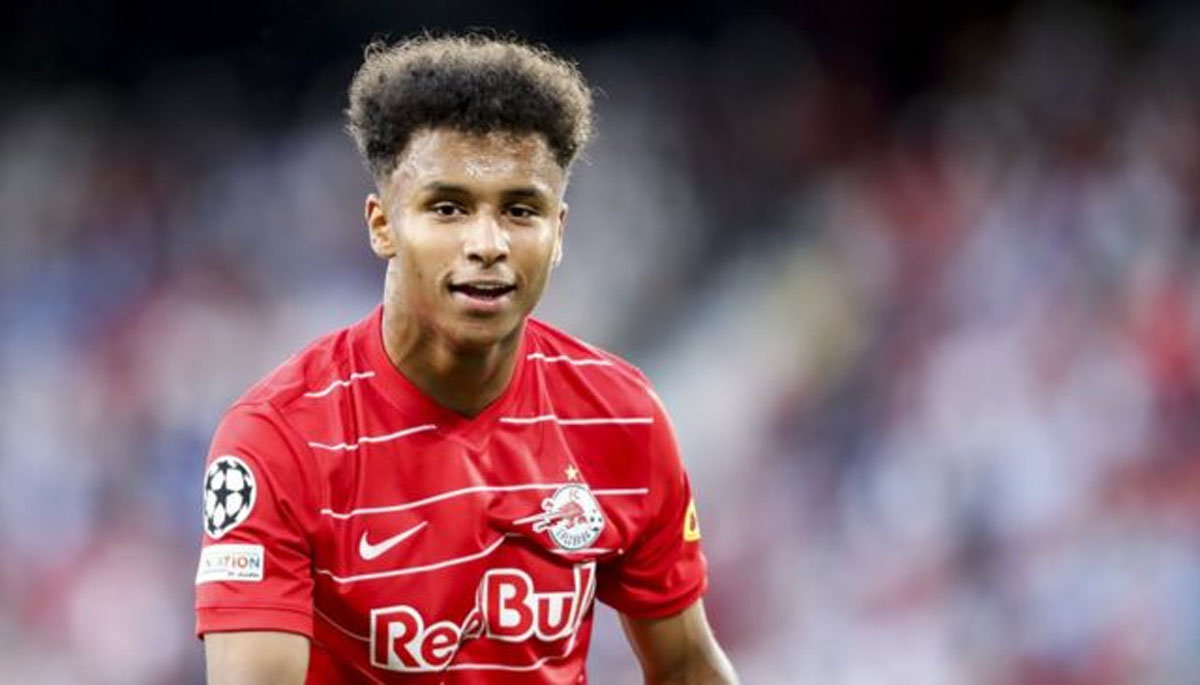 Borussia Dortmund have announced the signing of Germany striker Karim Adeyemi from FC Salzburg in a deal that runs until 2027, the club announced on Tuesday.

Dortmund made the announcement hours after Manchester City confirmed that they had agreed terms to sign Erling Haaland from the Bundesliga giants.

Adeyemi, 20, becomes Dortmund’s third signing ahead of next season, with Germany defender Niklas Sule joining the club on a free transfer from Bayern and Nico Schlotterbeck arriving for a fee in the region of €26m from Freiburg.

The move for Adeyemi sees Dortmund add another young striker to their ranks alongside 17-year-old Youssoufa Moukoko. Adeyemi has been in superb form for Salzburg, his 17 goals helping the club to their ninth-straight Austrian Bundesliga title, alongside a run to the Champions League round-of-16.

“As a young boy I was fascinated by the Black & Yellows’ fast-paced football,” Adeyemi told the club’s official website. “That’s why, as soon as I heard Dortmund were interested in me, I knew I wanted to sign with BVB.

“I made the conscious decision to sign a long-term deal because I’m convinced that we’re going to form an exciting team, that with the support of the amazing fans in Dortmund will be able to compete for and win titles in the years to come.”

Adeyemi made his debut for Germany in September 2021 and has one goal in three appearances for Die Nationalmannschaft. He had been linked with several clubs including Liverpool, Bayern, RB Leipzig and Barcelona, but Dortmund have won the race for his signature.

The move sees him work again with Marco Rose, who managed Salzburg from 2017 until 2019. He will slot into a young Dortmund side that already features Jude Bellingham, Giovanni Reyna and Moukoko.