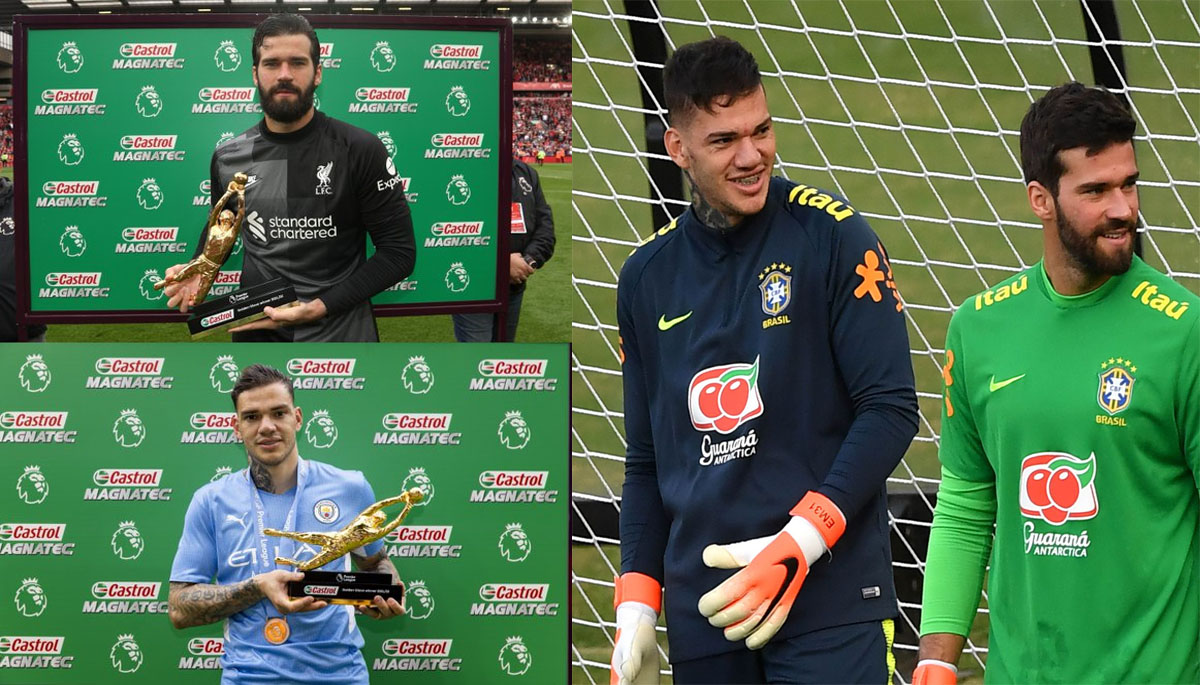 Man City and Liverpool goalkeepers finish level on 20 clean sheets, the third-highest total ever Goalkeepers Alisson and Ederson could not be separated on the final day and will share the Castrol Golden Glove award. The Brazilian pair went into Sunday’s matches with 20 clean sheets each, and neither was able to add to that total.

Alisson’s chances of a shutout were ended after three minutes against Wolverhampton Wanderers as Pedro Neto scored at close range, before Liverpool fought back to win 3-1. That opened the door for Ederson to take the prize outright, but he was beaten twice against Aston Villa, before Manchester City also came from behind to triumph 3-2 and win the title.

It is only the second time the Golden Glove award has been shared, after Chelsea’s Petr Cech and Arsenal’s Wojciech Szczesny finished level in 2013/14. Ederson has equalled his best total of Premier League clean sheets, having also kept 20 when he was beaten to the Golden Glove by Alisson in 2018/19

Ederson becomes only the third man to claim the Golden Glove in three consecutive campaigns, after Pepe Reina for Liverpool and Joe Hart for Man City. The winning total of 20 clean sheets is the joint third-highest since the award was created in 2004/05, matching Reina’s tally from 2005/06.