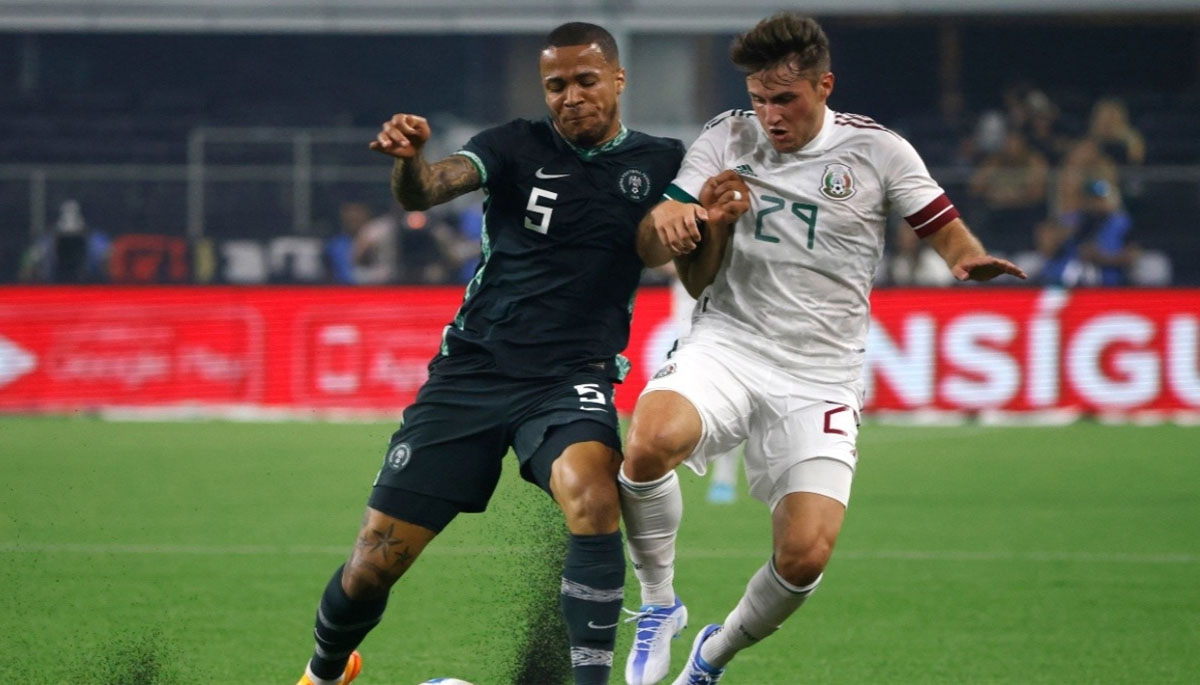 It was also head coach Jose Peseiro’s first game in charge of the team, and part of their preparations for the 2023 Africa Cup of Nations (AFCON) qualifiers. While Nigeria failed to qualify for this year’s FIFA World Cup, El Tri are using the game to prepare for the event in Qatar.

The match was the first of three friendlies for the Mexicans before their CONCACAF Nations League opener against Suriname in June. Santiago Gimenez opened the scoring for a makeshift Mexico squad in the 13th minute. It was with a great finish as they got their international window off to a positive start In front of a healthy crowd in Arlington.

The Mexicans bossed the first half with Gerardo Martino using the second half primarily as an opportunity to integrate Diego Lainez and Edson Alvarez from the bench. Goalkeeper Francis Uzoho made some superb saves to contain their opponents in the first half and keep the Super Eagles in the game.

Peseiro’s boys however grew more into the game in the second half and got a well-deserved equaliser through Cyriel Dessers in the 54th minute from a powerful header. It was Dessers first international goal for the national team.

However, defender Troost-Ekong inadvertently conceded an own goal in an attempt to clear the ball from a delicate cross into the penalty box in the 56th minute. The match was thereafter cagey and saw the introduction of a few players from the Nigeria Professional Football League League (NPFL) towards the end, with about 20 minutes left.

Troost-Ekong’s own-goal eventually proved the difference between the two sides, in spite of coming barely two minutes after Dessers equaliser for Nigeria. The Super Eagles will face Ecuador on Thursday before attention shifts to the 2023 AFCON qualifiers against Sierra Leone and Mauritius in June.