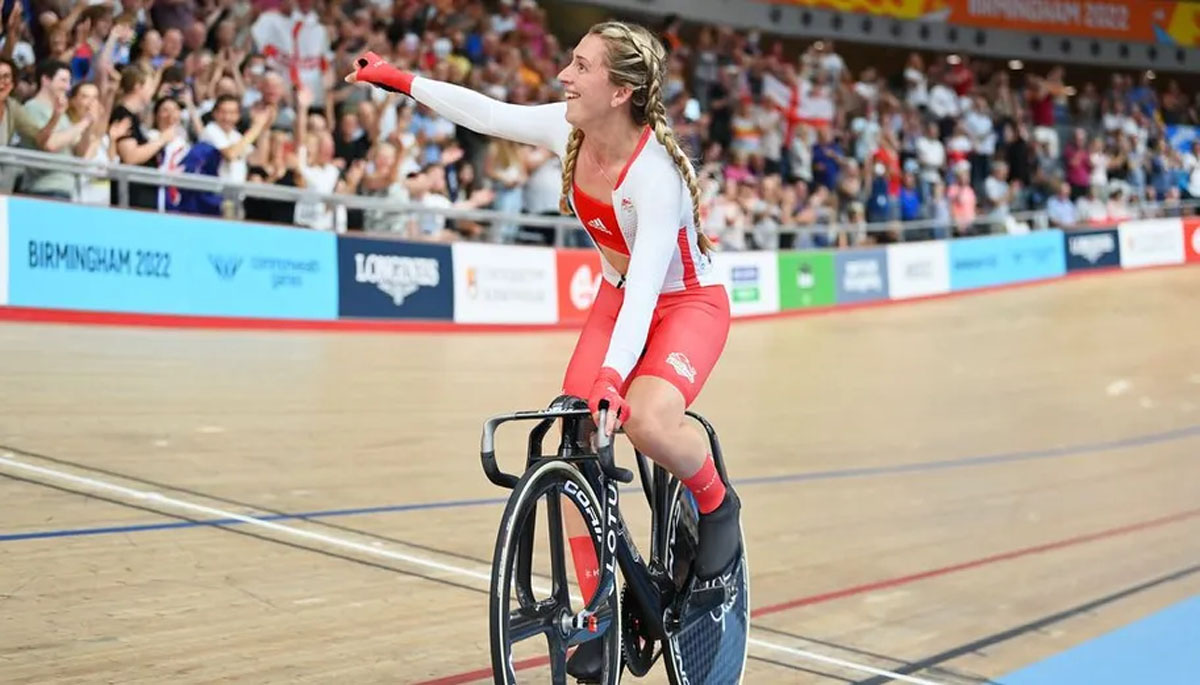 Dame Laura Kenny delivered Commonwealth gold for England on the final day of track cycling in the Lee Valley VeloPark.

A late burst of speed saw Kenny over haul Great Britain team-mate Neah Evans and then hold off New Zealand’s Michaela Drummond and Canada’s Maggie Coles-Lyster at the end of a crash-interrupted women’s scratch race.

Kenny had downplayed her form over the weekend, claiming to be the weakest link in England’s bronze-winning team pursuit squad before finishing a lowly 13th in Sunday’s points race, but found the pace needed to claim her first Commonwealth gold since Glasgow in 2014.

Track Cycling – Commonwealth Games: Day 4
The 40-lap race was neutralised midway through after India’s Meenakshi Meenakshi collided with Ariane Bonhomme, sending the Canadian down before she was hit by a helpless Bryony Botha of New Zealand.
Racing was stopped as Bonhomme was carried out on a stretcher.

But it was when Scotland’s Evans broke clear that Lewis provided a lead-out for Kenny and she finished it off over the final laps – roared home by the London crowd with decibel levels reminiscent of the London Olympics a decade ago.

Track Cycling – Commonwealth Games: Day 4
The 29-year-old secured his second gold of Birmingham 2022 – after victory in the Team Sprint – as he crossed the line in a time of 59.505 seconds.

Glaetzer, who had won six Commonwealth medals in total before this event, beat compatriot Thomas Cornish by 0.531secs, with Trinidadian Nicholas Paul completing the podium after he won gold in the men’s keirin on Saturday.