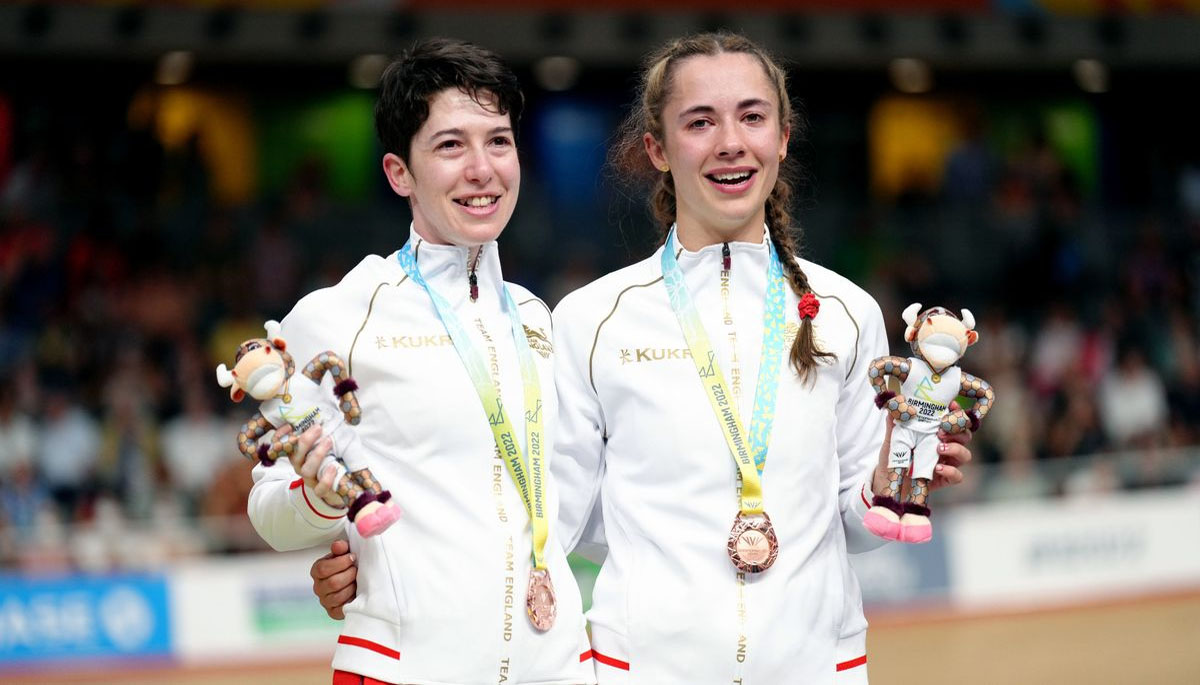 Sophie Unwin and her pilot Georgia Holt climbed on to the podium with what were understood to be borrowed medals in order to pose for photographs (Image: PA)

Visually-impaired Unwin and her pilot Georgia Holt thought they had earned a trip to the podium in the women’s Tandem B sprint when they beat Scotland’s Libby Clegg (and pilot Jenny Holl) in the bronze medal contest.

But when they turned up to the medal ceremony, they were told only gold and silver gongs would be awarded. As a protest, they stood behind the bottom step as Aussie Jessica Gallagher and Scotland’s Aileen McGlynn collected their gongs – before security personnel ushered them out of the arena.

Unwin, 28, and Holt – who won Paralympic road race silver and individual pursuit bronze in Tokyo and also have a world title – were told to cut short their post-race interviews in order to go to the podium, but then emerged in tears after finding out they were not eligible to receive a medal.

The two riders later reappeared and climbed on to the podium with what were understood to be borrowed medals in order to pose for photographs.

Team England have made representations to the Commonwealth Games Federation regarding the matter, arguing the decision goes against the goal of greater inclusion in the Games.

Under competition rules, five teams had originally entered the event but only four took to the start, which meant that only the gold and silver medals would be awarded.

But it was not properly communicated, with big screens in the velodrome advertising Unwin’s ride against Clegg as a bronze medal race, and Unwin appearing on the Commonwealth Games website as a bronze medal winner following the win.