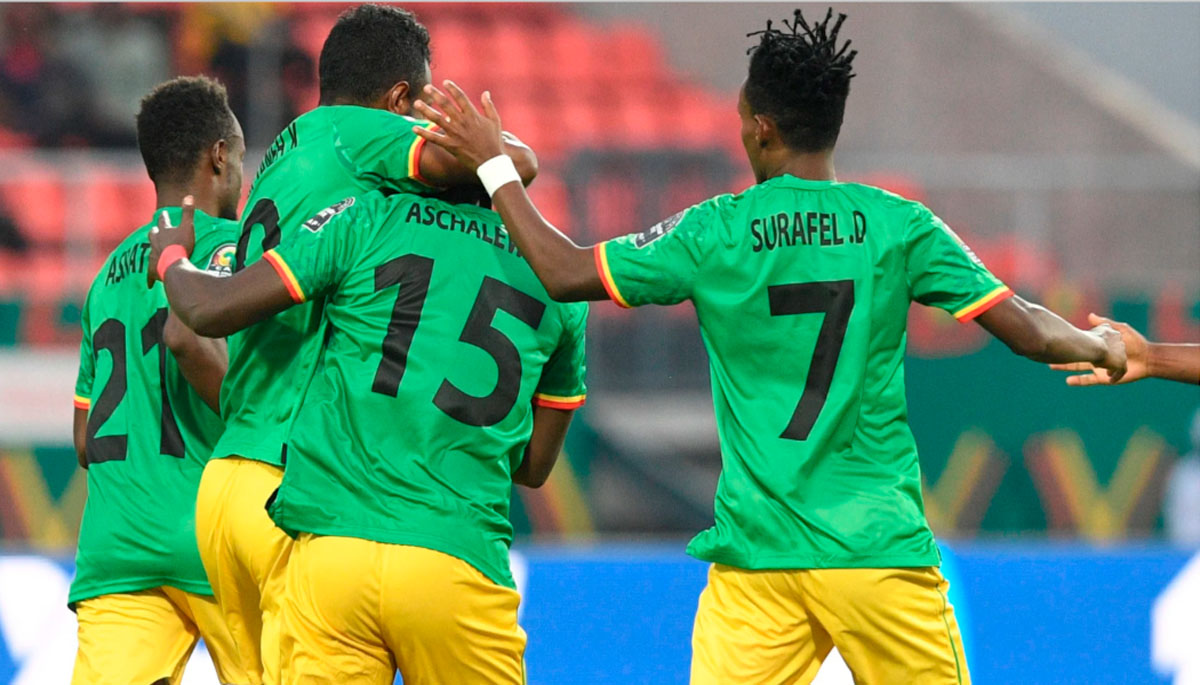 Without star forward Mohamed Salah, record African champions Egypt were stunned by Ethiopia at the Bingu National Stadium in Lilongwe, losing 2-0 in their second Group D match of the 2023 Africa Cup of Nations qualifiers.

Salah missed the game due to injury and his absence was felt as first half goals from Dawa Hotessa and skipper Shemeles Bekele earned Ethiopia a well deserved victory.

Hotessa broke the deadlock after 21 minutes with a sliding finish that beat keeper Mohamed Abou Gabal. The forward stretched in to direct the ball home after some fine work from Abubaker Nasser who had done the donkey work on the right to lay in a cross.

Just before the goal, Ethiopia had tested Gabal with Gatuoch Panom’s shot from distance which the keeper calmly collected.

Nasser came inches close to making it 2-0 for Ethiopia in the 24th minute when he ran on to a through ball from the middle, but his shot past the keeper hit the upright and rolled away. He thought he had scored in the 34th minute when he tapped home a cross from the right, but the referee’s flag was up for offside.

The Walia Ibex however finished the half with the second goal five minutes to the break through Bekele’s thumping shot from inside the box. The skipper had started the move himself, spreading to Amanuel Gebremichael who played him through on goal.

After the goal Egypt made a surprising decision to throw in three changes, Magdy Afsha, Amr el Solia and Ayman Ashraf all coming off for Ibrahim Adel, Kamal Omar and Mohanad Lasheen. Despite the changes, Ethiopia still forced them to play deep in the second half and their ambition to get a way back into the match wasn’t as successful.