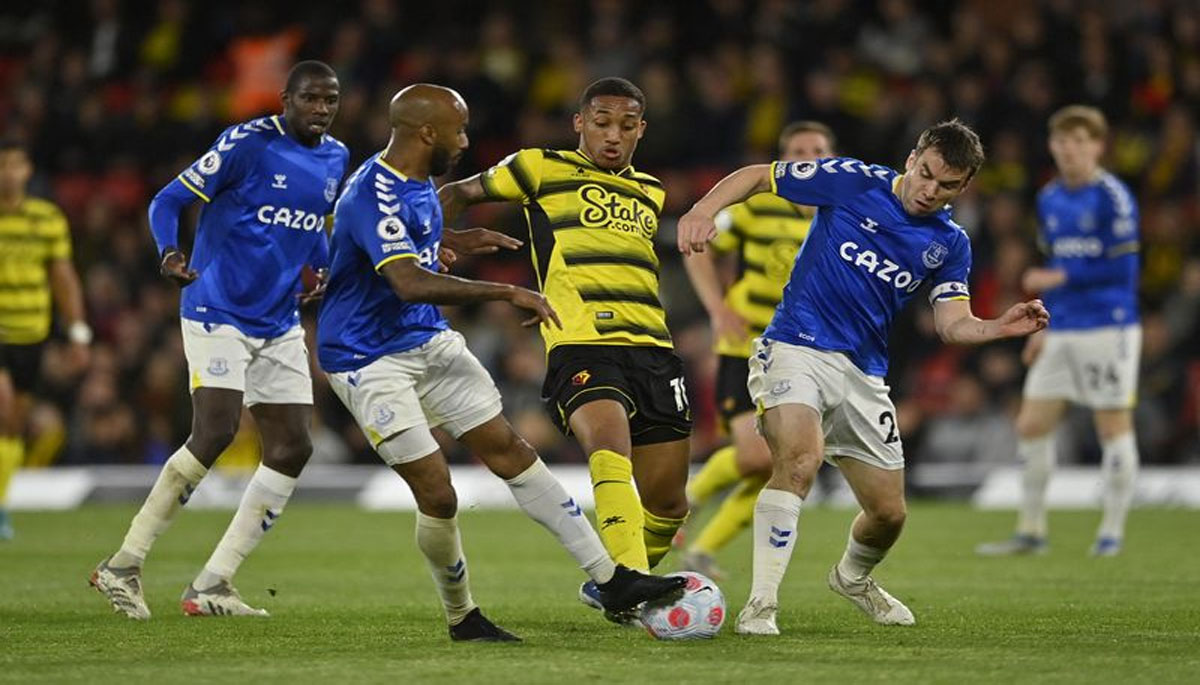 Relegated Watford ended a run of 11 straight home defeats when they held Everton to a goalless draw in a poor Premier League encounter at Vicarage Road on Wednesday, denying the visitors the chance to move further away from the relegation zone.

The best chance of the game fell to Everton’s Demarai Gray, who skewed his shot wide from eight yards with the goal at his mercy as Watford kept a first home clean-sheet this season. Everton move to 36 points from 35 games, two ahead of Leeds United in the third relegation position, with the latter having played a game more.

Watford made a number of injury-enforced changes to their side and had no lack of effort on the day they appointed new manager Rob Edwards, but as has been the case for much of the campaign, they did not have the quality to trouble the visitors.

“I felt like the game was there for the taking but they also had some chances on the break,” Everton captain Seamus Coleman told BBC Sport. “We know you can’t just turn up and get three points. We’re still fighting and if you can’t win it just make sure you don’t lose it.”

Everton were perhaps too cautious in their approach, certainly in the first half, and it was not until the second period when they troubled home goalkeeper Ben Foster. Former Watford forward Richarlison was able to find some space in the box and his deflected shot was well saved by the out-stretched arm of Foster.

Everton now have two home games in a row against Brentford and Crystal Palace, where victories would see them to safety. They finish their season at Arsenal. “We know the stage we’re at and we know what is needed,” Coleman said. “We understand the situation. We have two home games now and we have to keep pushing until the end.

“We’re happy to go back to our home support. You have to earn the three points in this league and we have to make sure we’re prepared.” Out-going Watford manager Roy Hodgson said he was pleasantly surprised by the way his side performed.

“I think it was a sterling effort from the players. They played with an integrity and honesty that was really encouraging,” he said. “I was expecting a far worse performance and I can only congratulate the players for their performance against a side with a lot still to play for.”