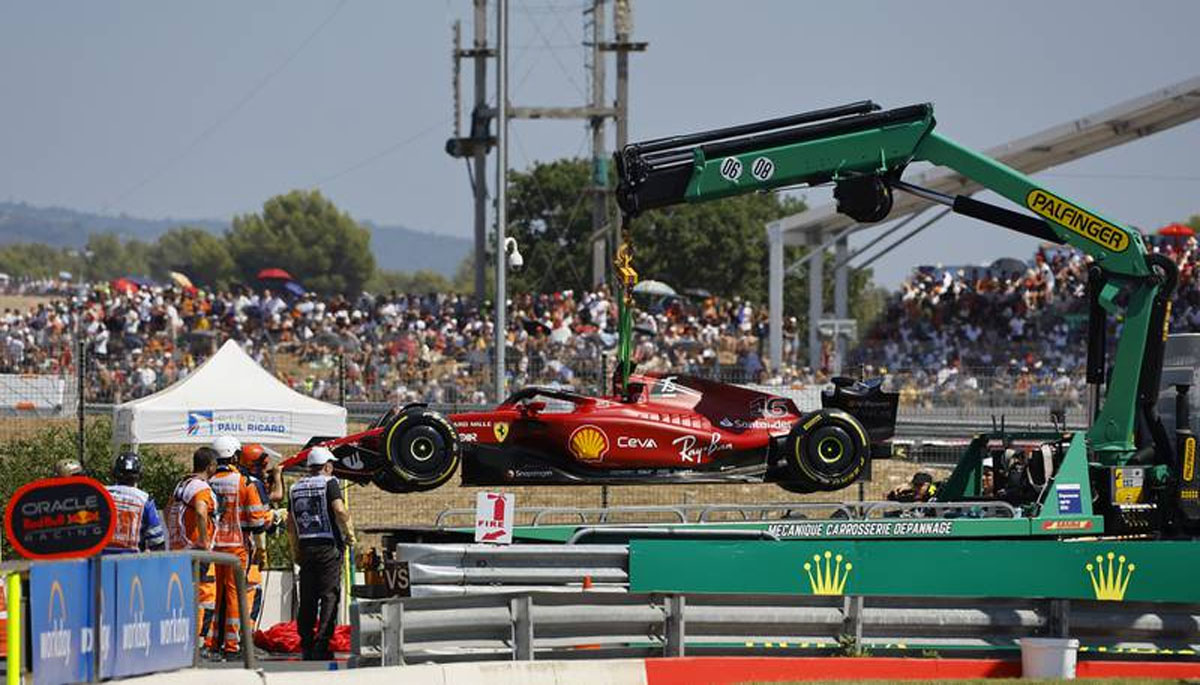 Charles Leclerc was forced to retire while leading the French Grand Prix on Sunday after his Ferrari came off the track and crashed into the safety barriers on the 18th lap.

Leclerc, who was unhurt in the crash, started in pole position ahead of championship leader Max Verstappen who moved to the front, ahead of Lewis Hamilton in a Mercedes. It is the third time this year Leclerc has retired when leading a race.

Winner in Austria at the last Grand Prix, the Monegasque, who was 38 points behind Verstappen going into this race, was on track to do it again after dominating qualifying on Saturday. After making a good start, he led the race under pressure from his Dutch rival.

But on the 18th loop of the Paul Ricard circuit at Le Castellet, Leclerc lost control of his Ferrari, spinning and ending up in the safety tyres at low speed.

The problem appears to have been his throttle, similar to one that affected him in his victory in Austria two weeks earlier.

“I cannot get off throttle,” he shouted on team radio when asked if he was ok, following the crash. A big cry of “Noooooo!” demonstrated his frustration but he was able to climb out of the car