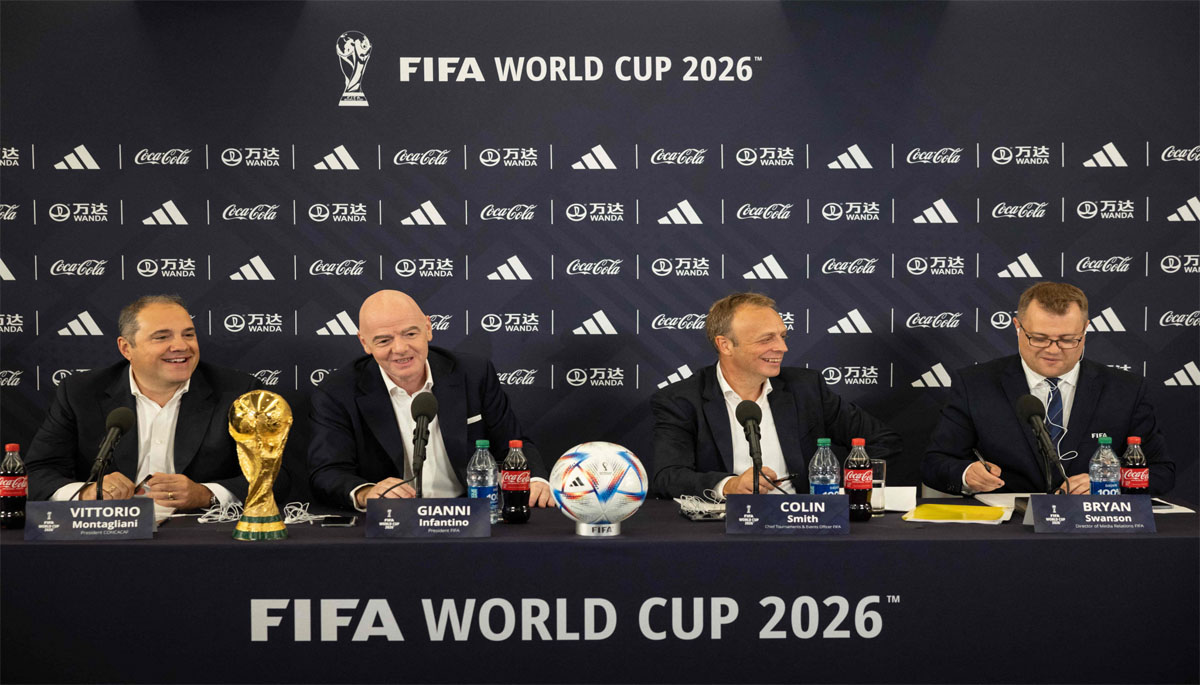 New York City and New Jersey teamed up to land some of the 2026 World Cup games at MetLife stadium in Rutherford, NJ, FIFA officials announced Thursday.

The Los Angeles, Boston, Philadelphia and Dallas areas were among the other locations picked to host the tournament, the first with an expanded 48-team bracket and three co-hosting countries in North America. The New York/New Jersey games will take place at MetLife Stadium — the home of the NFL’s New York Giants and New York Jets.

The mood got tense at viewing party in Jersey City’s Liberty State Park when “The City That Never Sleeps” was the last location announced as a host via a FIFA livestream. But the relieved crowd erupted in applause and chants of “New York” and “New Jersey” once it became clear the metro area would get its share of the beautiful game.

“Was that good news or what?” New Jersey Gov. Phil Murphy asked the crowd. When the state last hosted cup games in 1994, it had an economic impact of more than $500 million — and he’s looking for “a lot of games” in 2026, he said. “As much as we want the early games, there is one game we want: We want the last game,” Murphy told the raucous crowd. “We want that World Cup trophy hoisted right here up the road in MetLife Stadium.”

New York City Mayor Eric Adams said soccer “has a way of bringing us all together” after a stressful few years. “This is what it is all about. All of us that have been weighed down by COVID, all of us that wondered what the future would be like, the question mark lingered over our city and country for two years,” Adams said.

“Today, these young people and their enthusiasm, they took that question mark and they turned it into an exclamation point. We are America, we are New York. We are New Jersey. You’re darn right we are going to be all right. The World Cup is coming here to New York and New Jersey.”

Soccer fanatics were just as jazzed by the news. “I’m so excited for it. Can’t wait to watch the finals,” said Kevin Doherty, 9, of Long Island. “I was so happy.”

Of the games, 60 will be played in the US, with the quarterfinals and all subsequent rounds scheduled to be played here. Canada and Mexico will host 10 games apiece. All venues will be converted to grass fields for the soccer games.

Cities like Chicago, Minneapolis and Arizona dropped out of the bidding to host some games over what officials viewed as onerous demands by FIFA, soccer’s governing body. Other cities like Las Vegas didn’t make the cut before the announcement on Thursday.

In Liberty State Park, dozens celebrated that NY/NJ were picked, many of them children wearing soccer jerseys.

“We are excited for our family,” said Stacey Franzke, 45, of Massapequa. “All three of my kids are huge soccer fans. I know how much this means that they even have the potential of going to see something and support something …They’ll have it in their backyard here.”

Her son Cole, 9, added, “I’m just really excited so I can see a World Cup game.” New Jersey’s Lt. Gov. Sheila Oliver told The Post the region — which is home to Major League Soccer squads the New York Red Bulls and New York City Football Club — thinks “we are the center of the world.”