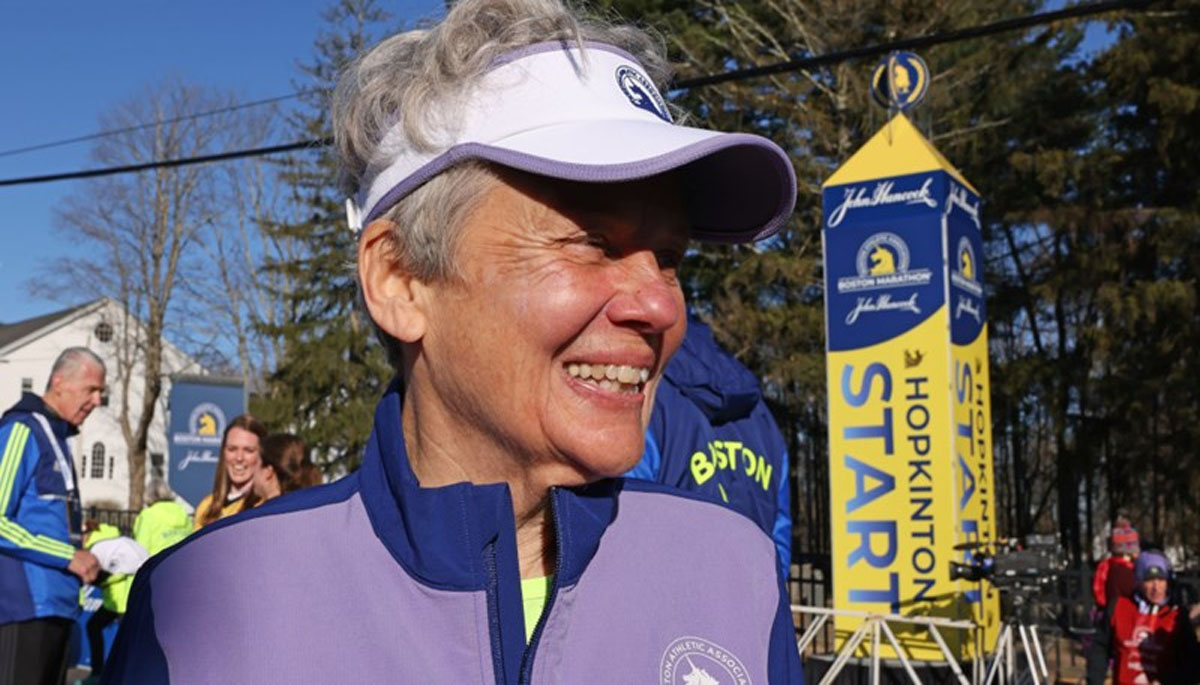 It’s hard to imagine going from that small number to 12- 14 000 women here today, and so it just makes me feel so good to know how opportunity has expanded for women, and how women are seizing the moment and taking advantage of it,” Rogosheske said ahead of the race she ran with her two daughters.

Monday marked 50 years since the Boston Marathon officially began allowing women to compete in a race first held in 1897. In the 1960s, women like Roberta Gibb resorted to hiding in the bushes and sneaking onto the course just for a chance to race.

Nina Kuscsik won the inaugural women’s race in 1972 in three hours, 10 minutes and 26 seconds, compared with Peres Jepchirchir’s winning time of two hours, 21 minutes and one second on Monday. “They were breaking barriers and doing the hard stuff so that we don’t have to, and we just get to go out and run which is incredible,” said US runner Desiree Linden, who won the Boston Marathon in 2018.

Despite the 50-year milestone, Linden pointed out that women had been excluded for a larger part of the race’s history. “But obviously we can’t look back, we have to look forward. Keep raising the bar for women in sports and do what we can by performing the best we can on the stage we have,” she said.

Fellow US runner Stephanie Bruce, who ran in her final Boston Marathon on Monday, said she liked being a role model not only for other women but also as a mother for her two boys. It’s actually really cool for them to see like, oh, someone cares about my mom’s sport, what she does, and not just men’s sports, so it’s special for us to be showcased out there,” she said.

Fifty years after helping to usher in a new era for the Boston Marathon, Rogosheske’s message was that anything is possible. “If there’s something you want to do, just go for it. There’s no reason you can’t do it,” she said.