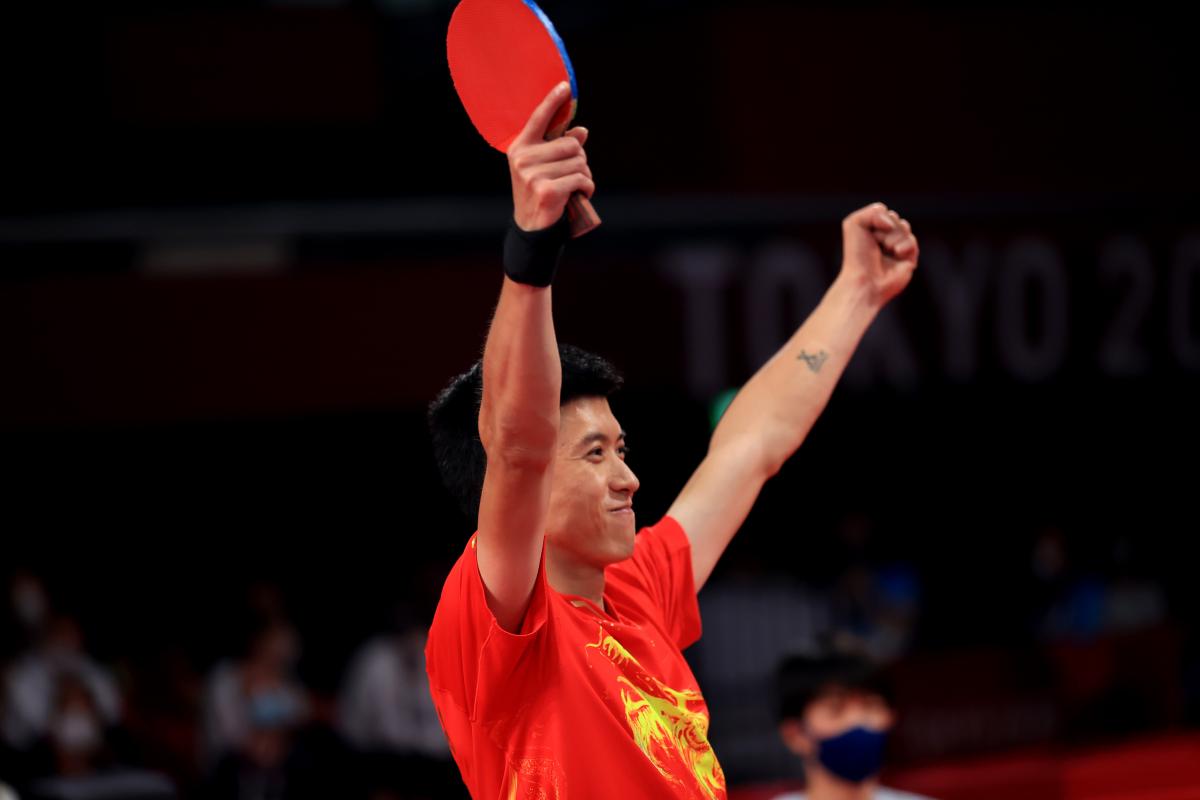 By OIS
Team China had a perfect day in the Tokyo 2020 table tennis contests at the Tokyo Metropolitan Gymnasium this Thursday, 2 September. The Chinese players won gold in all five medal team events, including a thrilling 3-2 over Germany in the men’s class 3.

“We prepared for a difficult match but they were even better. They are so steady. No matter what the ball kept coming back. After the doubles, my confidence was shattered. I tend to take some time to warm up. In singles I was 2-0 down again. I managed to calm down from the third game and not have too many thoughts,” said Zhai to the Olympic Information Services (OIS).

This was a third consecutive gold for China and silver for Germany in this event:

“We’ve played them in 2012, in 2016 and now again. Our friendship runs deep. In London it also went to a decider. We wanted to retain our gold so we felt huge pressure.”

“We prepared very well for the doubles. I cried when we won. It is my first time participating after all, so I got a bit emotional. Zhao really held the fort in his singles match. It’s not for the faint-hearted. I’ve learnt a lot from my first Paralympics, especially on the importance of being adaptable and being as determined as Zhao when competing, fighting hard for every point,” said Peng.

In the men’s team class 4-5, Cao Ningning and Guo Xingyuan defeated Koreans Kim Young-Gun and Kim Jung-Gil 2-0, with victories on doubles and Cao beating Kim Jung-Gil 3-2 in the only singles contested.

Tomorrow, five more team events will close the table tennis schedule for the Tokyo 2020 Paralympic Games: women’s classes 9-10 and 4-5, and men’s 6-7, 1-2 and 9-10. All matches will happen at the Tokyo Metropolitan Gymnasium.