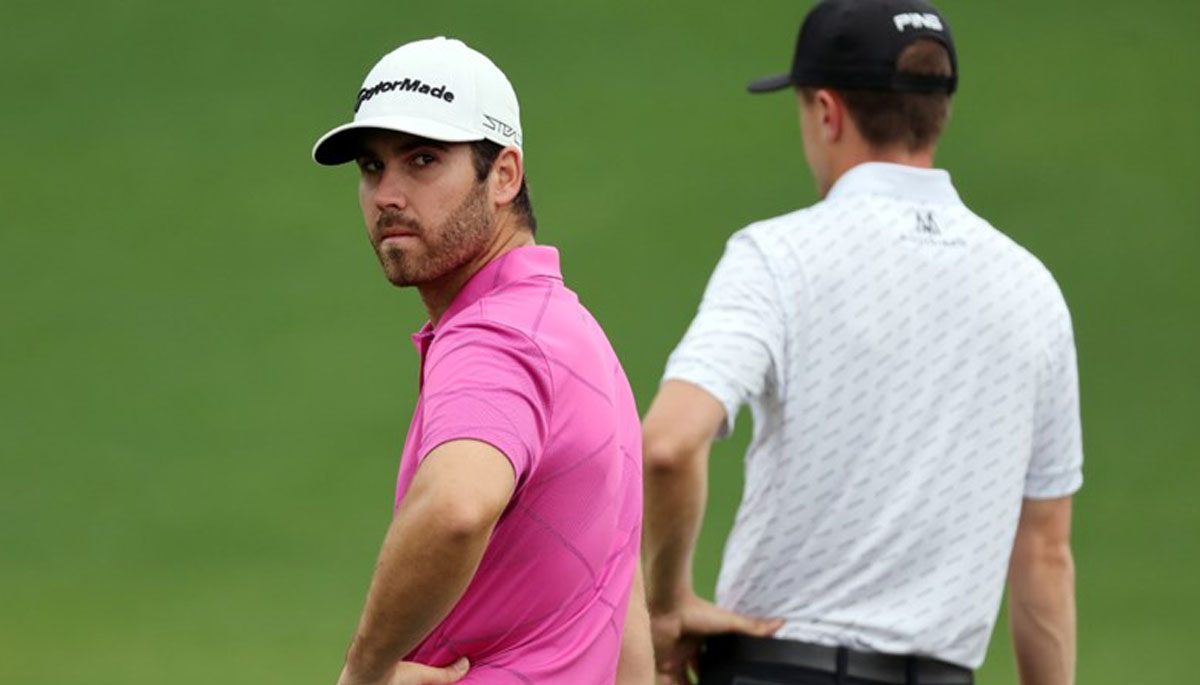 The 22-year-old American, playing in the Masters for the third time, was four-over par through the first three holes when his tee shot at the fourth landed short in a bunker.

The dismayed player leaned on the club so hard it broke in two with a sharp snap.

Things didn’t get any better for Wolff, who finished the day tied for next-to-last place on nine-over par 81.

It was another rough day for the player who last month tossed a club into the water at the Players Championship, where he had hit his tee shot at 18 into the water, taken a drop then left his approach right of the green.

“Matt had a hard day,” said Msters playing partner Mackenzie Hughes of Canada. “I know he has in the past been open about struggling with just being happy, and I just told him that he’s a tremendous competitor and that we all want to do great but his golf score does not define who he is as a person.”

Wolff is no stranger to Masters frustration. He missed the cut in 2020, and last year he was disqualified for signing an incorrect scorecard.

Hughes, 31, said he tried to offer Wolff some perspective.

“I’ve been young and I’ve been there where you’re really hard on yourself and you expect greatness every day,” Hughes said. “Then you’re out here for a long time, and you realise that you’re going to have lots of days that you don’t like. It’s just the nature of sports.

“So we just tried to maybe give him a couple words of encouragement because it’s – well, we’ve all been there before.”