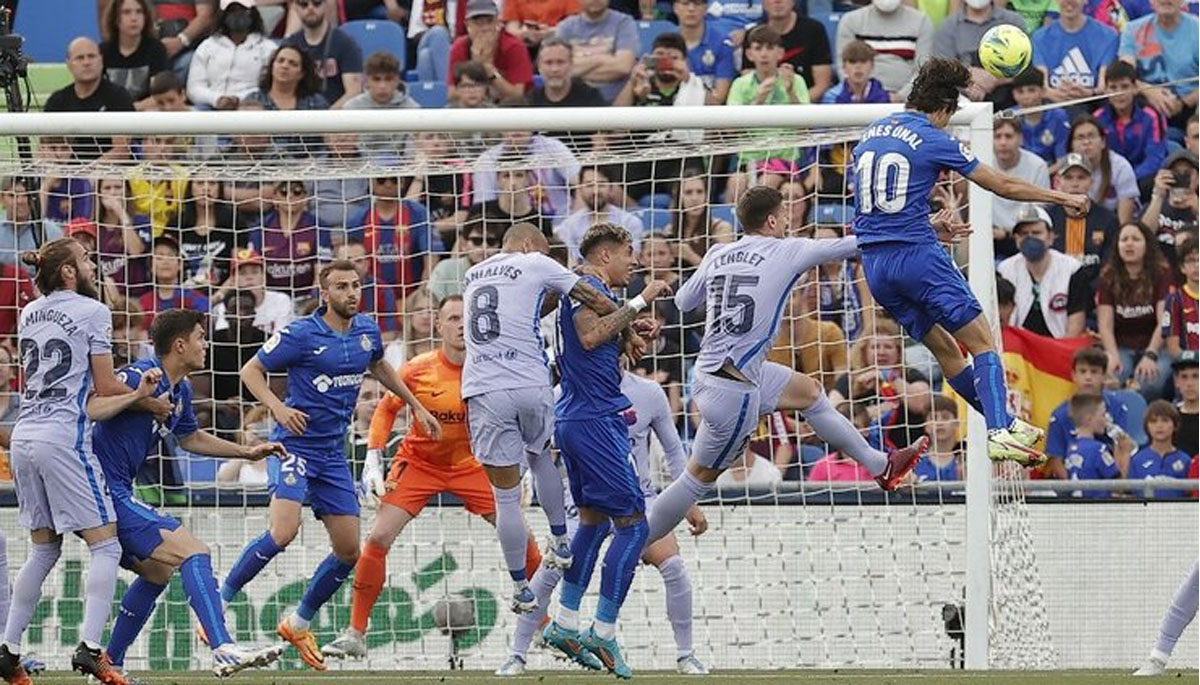 Getafe earned a well deserved point in a 0-0 draw to confirm their place in La Liga next season, grinding out the stalemate against a deflated Barcelona side plagued with missing players at the Coliseum Alfonso Pérez stadium.

With Getafe only needing one point to guarantee themselves a place in La Liga next season, they were probably hoping that this wasn’t the time they were due to play a Barcelona side looking to secure their second place finish. However, with nine first team players out due to a mixture of injury and suspension, Barcelona started below their usual standards and allowed the hosts to test Marc-André ter Stegen early on.

Prior to kick-off, no team had scored more goals than Barcelona’s 29 at the Coliseum Alfonso Pérez in La Liga history, but the visitors really struggled to get a foothold of the game or create any clear cut chances. In fact, it was Getafe that had the best chance of the opening 45 minutes, and it fell to Mauro Arambarri, who’s strike from the edge of the area forced ter Stegen into a smart save to leave the score at 0-0 at HT. The second-half was a continuation of the first-half with Getafe looking the more likely of the two sides to make the breakthrough.

The introduction of Ansu Fati gave the visitors an instant lift, as the youngster immediately got on the ball and injected some much needed drive into the attack. Barcelona went on to dominate with over 70 percent of possession for the rest of the half, but struggled to break down the hosts resolute defence.

Getafe dug in during the closing stages to protect a precious point that now takes all the pressure off their final game of the season against Elche. Barcelona remain five points ahead of third-placed Atlético Madrid heading into their final fixture against Villarreal.