Ratchanon Chantananuwat has become the youngest male player to win an event on a major Tour with victory at the Trust Golf Asian Mixed Cup in Thailand.

Chantananuwat carded a final-round 65 to win by two shots on 20 under.

At 15 years and 37 days, the Thai amateur has overtaken the previous youngest winner, Ryo Ishikawa, who was 15 years and eight months when he won the 2007 Munsingwear Open KSB Cup.

“I am very excited, but I felt a lot of pressure,” Chantananuwat said.

“I got to be honest, I got pretty lucky. I definitely have a lot of people to thank.”

South Korea’s Joohyung Kim hit an eight-under-par 64 in the final round to finish second on the leaderboard, with American Paul Peterson and Korean Bio Kim tied for third on 17 under for the tournament.

The inaugural Asian Mixed Cup in Pattaya, the first of its kind in Asia, saw 60 female players from the Ladies European Tour and 60 Asian Tour male golfers take part, with the women starting from different tees but otherwise on level terms. 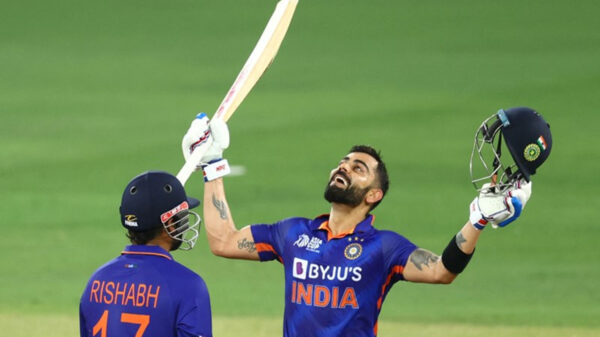 Virat Kohli hit his first international century since November 2019 with a maiden T20 ton for India to lead the team’s 101-run thrashing of...