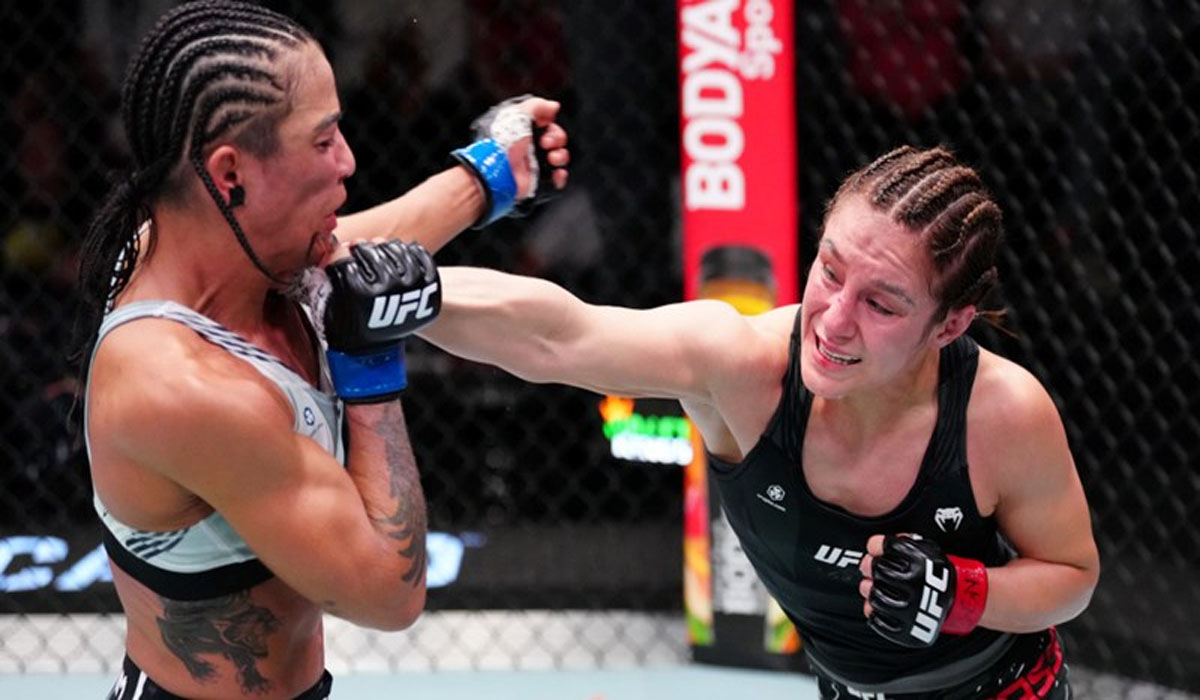 Alexa Grasso claimed a fourth straight win and further established herself as a potential title contender in the women’s flyweight division after securing victory over Viviane Araujo at the APEX Facility in Las Vegas on Sunday morning.

Grasso, who moved to 15-3 in her career, showed superior striking over the course of the five rounds and leaned heavily on a much-improved takedown defence, stifling most of the attempts by jiu-jitsu black belt Araujo and managing to regain her footing on the two occasions that she was taken to the mat.

“This was a war! This was so hard. All training camp was super hard but I’m so happy that everything went well,” Grasso spoke into a camera while walking backstage after the fight. “Four in a row! I feel so happy right now. I am crying right now, I know, but there are a lot of feelings. Thank you for the support.”

The main card also featured a second-round TKO win for Jonathan Martinez over Cub Swanson in the bantamweight division; middleweight Dusko Todorovic stopped Jordan Wright in the second round of their clash; Raphael Assuncao outpointed Victor Henry in another bantamweight battle; and a light heavyweight opener saw Alonzo Menifield knockout Misha Cirkunov in the opening round.

Next week brings UFC 280 from the Etihad Arena in Abu Dhabi on the evening of Saturday 22 October, headlined by Charles Oliveira v Islam Makhachev for the vacant lightweight championship, as well as Aljamain Sterling v T.J. Dillashaw for the bantamweight title.