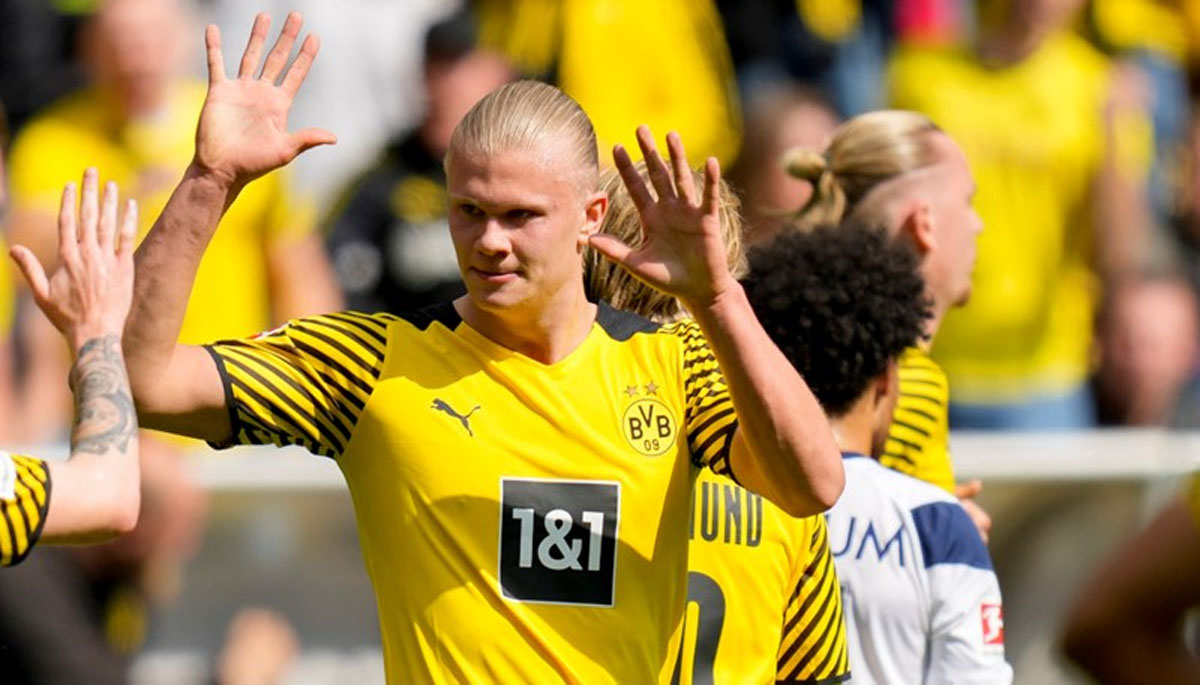 The Bundesliga’s final matchday on Saturday promises a lot of drama and suspense at either end of the table with one Champions League spot on offer and one team still to be relegated.

The top three places have been decided and Bayern Munich have won their 10th straight league crown, with RB Leipzig, in fourth following a superb comeback in 2022, in the driving seat to hold on to the last Champions League qualifying position.

With a two-point gap over Freiburg in fifth, Leipzig take on Arminia Bielefeld who need to win to have any chance of reaching the relegation playoff spot.

Arminia are 17th, three points behind VfB Stuttgart who occupy the playoff spot in 16th. Greuther Fuerth have been relegated.

While Arminia are playing for their survival, Freiburg (55 points), Union Berlin (54) and Cologne (52) are locked in a battle for one Europa League and one Europa Conference League place.

Freiburg, who face Leipzig in the German Cup final next week, have a tough task against in-form Bayer Leverkusen, who last week made sure of a return to Europe’s premier club competition by sealing third place.

Union, in sixth, host VfL Bochum, certain to finish in mid-table in their first season back in the Bundesliga, and Cologne travel to Stuttgart who are desperate for victory to avoid automatic relegation.

In Dortmund, top striker Erling Haaland will say goodbye to the club’s fans in his final appearance for second-placed Borussia against Hertha Berlin before his move to Manchester City.

In a transfer that will deprive the league of one of its most exciting and entertaining players, the Norwegian who has netted 85 times in 88 matches in all competitions for the Ruhr valley club, this week agreed to join City on a multi-year deal.

The 21-year-old was last season’s top scorer in the Champions League as well as the Uefa Nations League.

The English club did not provide financial details but German media have reported the total cost of buying Haaland in a multi-year deal could exceed 300 million euros.

Haaland will be joined at the exit door by Dortmund sports director Michael Zorc, who will leave the club after 44 years following a successful career as a player as well as a senior official.