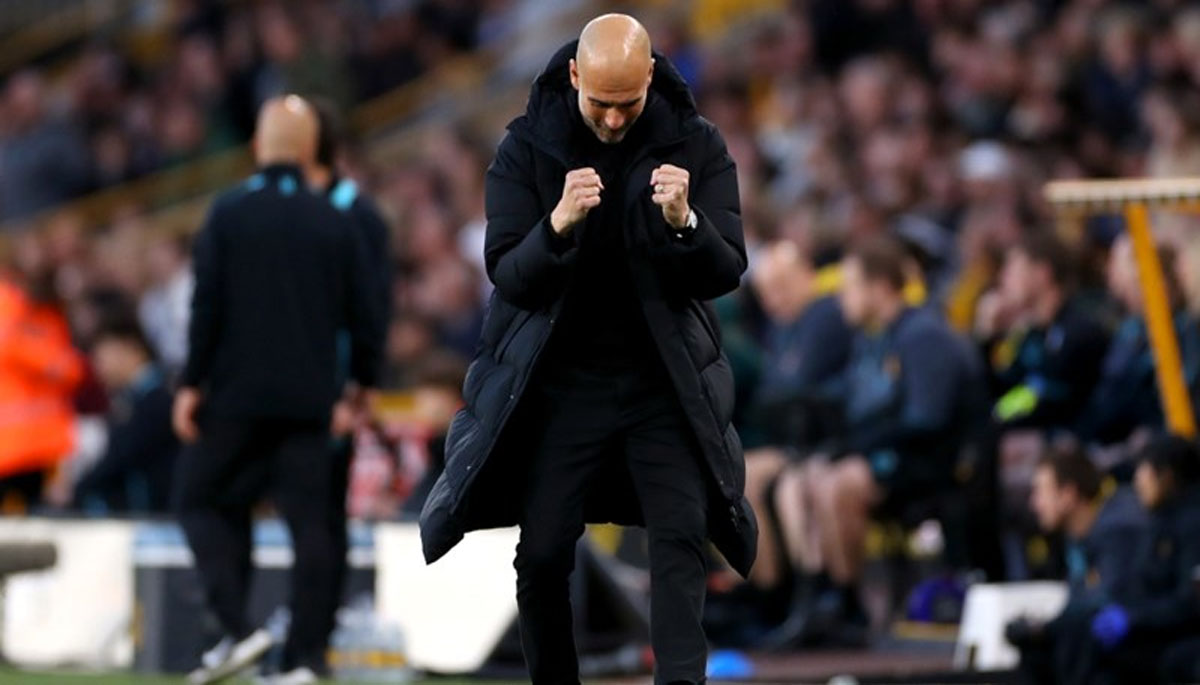 Erling Haaland’s arrival at Manchester City will make the English champions an even more ruthless attacking force, said Pep Guardiola after seeing his side thrash Wolves 5-1 on Wednesday.

However, there was little need for a forward at Molineux as Kevin De Bruyne scored four goals, including a hat-trick inside 24 minutes.

Raheem Sterling rounded off the scoring as City took their tally in the last five Premier League games to 22 goals.

Guardiola, though, was still not satisfied by a number of missed chances with goal difference potentially still a decisive factor in the title race.

City are three points clear of Liverpool at the top of the table and seven goals better off with two games to go.

“Definitely he could help us score more,” said Guardiola when asked how many his side would have scored with Haaland up front.

“Big congratulations to the club. It is a signing for the next years. We are very pleased he decided to come to join us.

“Next season we will work together, we will help him to settle quickly in Manchester. I’m sure he is going to adapt quickly to the way we want to play.”