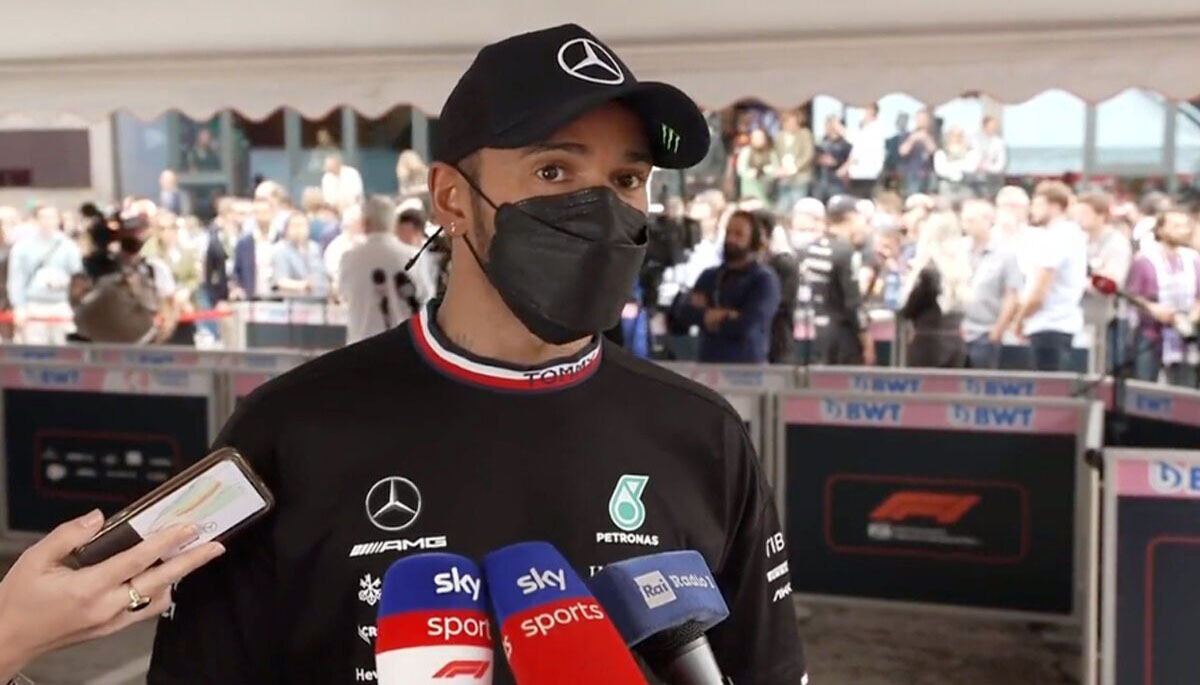 Lewis Hamilton admitted defending champions Mercedes have no hope of defending their title this year after he finished 14th, three places behind his teammate George Russell, in Saturday’s sprint race at the Emilia Romagna Grand Prix. The seven-time champion was unable to make any progress through the field as he and Russell struggled for pace and performance in the 21-lap contest won by world champion Max Verstappen of Red Bull.

“We are obviously not fighting for the championship this year -– first of all we have to understand this car and improve and make some progress through the year. That’s all we can hope for,” admitted Hamilton. “We are all working hard and there are a lot of people in the team who have been here for 20 years – so it’s not new for them.”

The two Mercedes drivers had on Friday failed to reach the top-ten shootout in qualifying, the first time this had happened to the team since 2012. “We have to stick together, motivate everyone and keep our heads down and work hard,” added Hamilton. Earlier on Saturday, Mercedes team boss Toto Wolff had explained how he and Hamilton had “vented at each other” during Friday’s rainswept qualifying.

In a session interrupted by five red flags, which saw the team fail to qualify a car in the top ten for the first time in a decade, the pair were seen locked in an angry confrontation. Hamilton refused to elaborate on the episode and said it was all “internal stuff”. But Wolff said: “There was no disagreement at all. It doesn’t get any closer than the two of us are.

“We were just so angry about the session overall and he vented at me, I vented at him, but it was absolutely about the same thing. “It was just a degree of frustration that we are not able to generate the grip in the first lap. Friday was all about the first lap and then it was red-flagged and we weren’t able to make it into Q3 and it was so frustrating.”

Russell said it had been a tricky and processional race on Saturday. “It wasn’t long enough for any tyre degradation so we have work to do,” he said. “The car is faster, but there is only one overtaking opportunity here.

“Strategy will be the key for us to move up the grid. Clearly, it has been a difficult weekend for us. “We over-achieved in the first three weekends and it was very cold yesterday and we were behind where we deserved to be.”